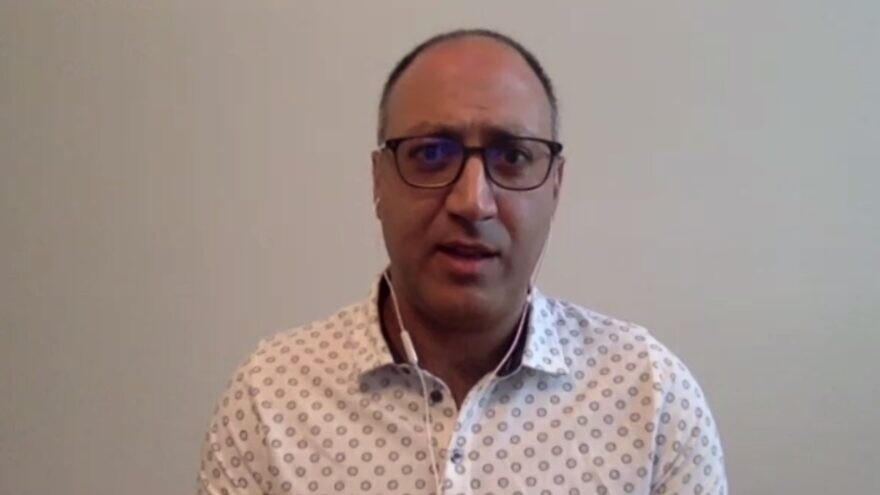 Tony Badran, a research fellow at the Foundation for Defense of Democracies, during a webinar hosted by the Endowment for Middle East Truth, June 8, 2022. Photo by Dmitriy Shapiro/Screenshot.
Republish this article
945 WORDS
Spread the word.
Help JNS grow!
Share now:

Tensions between Israel and its northern neighbor, Lebanon, are on the rise once again following a period where Israel’s primary focuses were on the Syrian Civil War, Iran and conflicts with Hamas in the Gaza Strip.

The United States has long played a significant role in moderating the often contentious relationship between Lebanon and Israel, whose relationship has only gotten worse despite the Iran-backed terrorist organization Hezbollah losing its majority in the Lebanese parliament in an election in May.

But Lebanese-born expert Tony Badran, a research fellow at the Foundation for Defense of Democracies (FDD), said during a June 8 webinar hosted by the Endowment for Middle East Truth (EMET) that the American relationship with Lebanon is built on a narrative rather than reality.

If you asked American foreign-policy officials what the goal of the narrative is, he said, it would be to undermine Hezbollah. It assumes that there is a viable Lebanese partner as an alternative to Hezbollah. But according to Badran, Hezbollah runs the country, no matter who holds the majority in the Lebanese parliament.

“I mean, it’s the most delicious thing … kind of the most fake place on earth, which is

Lebanon—where everything’s just basically stories and old hall of mirrors, and just pure insanity—has been matched finally in the United States with a corresponding policy of just words. ‘Let’s just say things and we’ll indulge in this fantasy and call it a policy,’ ” he said.

France, for instance, deals directly with Hezbollah, but the United States, which designated Hezbollah as a Foreign Terrorist Organization, pretends that it is working with the Lebanese state, allowing American officials to talk to Hezbollah’s allies without directly communicating with the terror group.

Badran pointed out that anti-Hezbollah forces won the majority in the 2005 and 2009 elections, but Hezbollah continued to get stronger between 2005 and 2015. He also said that while Hezbollah has lost its majority, it’s close enough that it could cobble together enough allies to successfully pursue its agenda and appoint officials.

The latest incident that is inflaming the relationship between Israel and Lebanon is a dispute over offshore-gas extraction by Israel, which Israel argues is within its exclusive economic zone.

The “idiocy,” as Badran called it, was started in the last 10 months of the Trump administration, which launched an initiative to restart talks between Israel and Lebanon to explore and extract gas. This, they believed, would benefit Lebanon financially, which Badran pointed out means Hezbollah.

Although the Biden administration continued the process to get the two countries to agree on a maritime border, he claims the boundaries ended up with a disputed area, which the Lebanese government has now greatly expanded, increasing its claim.

“So it went from being like 860 kilometers to 14,150 kilometers, which extended deep into Israeli territorial waters because they wanted to grab all of the energy resources in there,” he said. 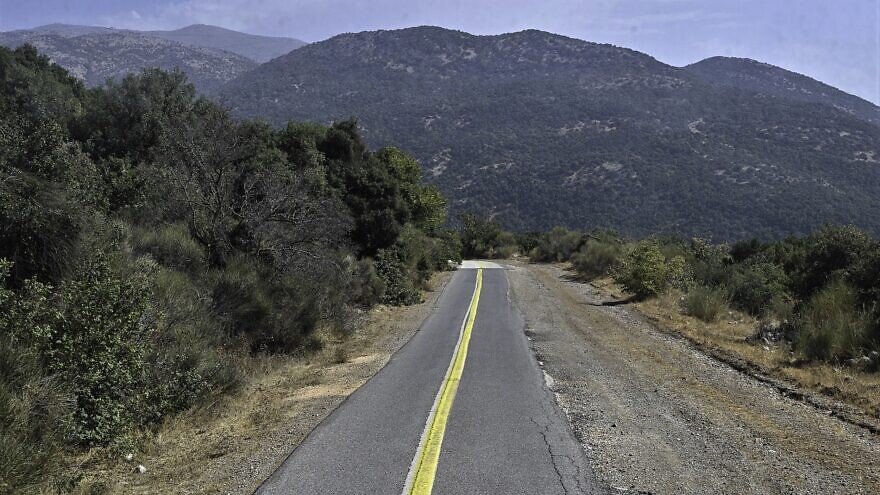 View of the northern border between Israel and Lebanon on Oct. 15, 2021. Photo by Michael Giladi/Flash90.

Badran outlined American foreign-policy missteps in the region, starting from the realignment of American policy away from its allies towards Iran during the Obama administration and continuing under the Biden administration.

The Syrian civil war allowed the Obama administration to sell this new shift towards cooperation with Iran as necessary to fight the Islamic State (ISIS) and a reason to negotiate the Iran nuclear deal.

American failures with Syria led to the United States involving Russia to help end the conflict.

This move also established Russia as a player in the Mideast, requiring Israel to have a tacit agreement with Russia to allow it to strike at Iranian activities inside Syria and prevent dangerous weapons from being placed near Israel’s northern border.

Israel’s hesitation to provide Ukraine with weapons and condemn Russia initially for its invasion of Ukraine because of this need to maintain a good relationship with Russia was used by American officials to claim that Israel was not being a good ally to Ukraine, according to Badran.

This realignment, he said, downgraded American allies in the region like Saudi Arabia. The Biden administration, with many of the same key players such as U.S. special representative for Iran Robert Malley and White House coordinator for the Middle East and North Africa Brett McGurk, are continuing that realignment.

One of the first actions of the Biden administration, when he took office, was the removal of the terrorist designation of the Iran-backed Houthi rebels in Yemen.

U.S. President Joe Biden, who plans to visit Saudi Arabia next month, is attempting to fix the relationship his own administration damaged with the Saudis to help alleviate record-high energy prices that are hurting his party’s prospects in the upcoming election.

According to Badran, this is the result of the fallout from Biden’s own domestic-energy policy, which he said “systematically destroyed” the American energy industry.