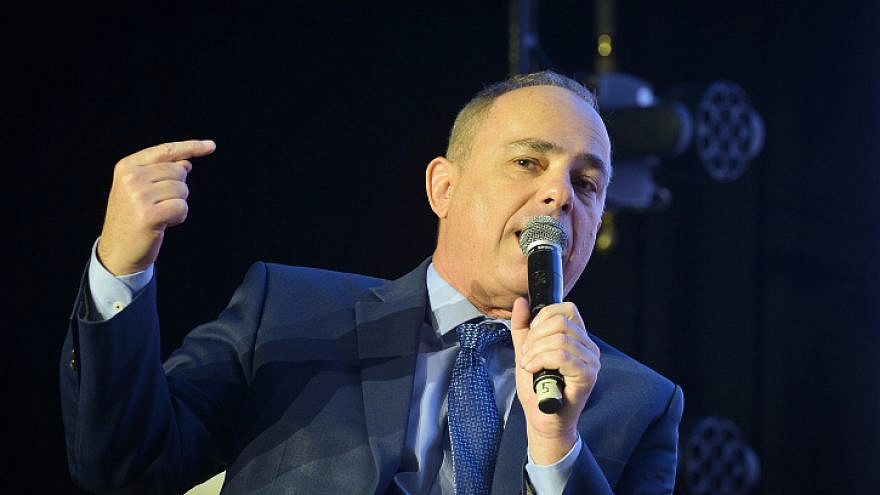 (February 2, 2021 / JNS) Contrary to U.S. Secretary of State Antony Blinken’s assessment that Iran could produce enough fissile material for a nuclear weapon in “a matter of weeks,” Israeli Energy Minister Yuval Steinitz said on Tuesday that it would take closer to six months.

Speaking to NBC News on Sunday, Blinken said the time frame would apply if Iran continued its current violations of the nuclear deal the regime made with the world powers in 2015.

Steinitz, in a radio interview with KAN news, as reported by Reuters, disagreed, saying that the steps were taken by the Trump administration “seriously damaged Iran’s nuclear project and entire force build-up.”

“In terms of enrichment,” he added, “they are in a situation of breaking out in around half a year if they do everything required. As for nuclear weaponry, the range is around one or two years.”

In an interview with CNN on Monday, he said, “If we wanted to build a nuclear weapon, we could have done it some time ago. But we decided that nuclear weapons are not, would not augment our security, and are in contradiction to our ideological views. And that is why we never pursued nuclear weapons.”

Nevertheless, Iran announced on Jan. 4 its plans to produce uranium metal as an “improved type of fuel” for its Tehran research reactor—a material the governments of France, Germany and the United Kingdom, all signatories to the 2015 nuclear deal, said “has no credible civilian use” and “potentially grave military implications.”

The metal production is a clear breach of the agreement.

Also on Jan. 4, Iran began enriching uranium to a 20 percent level at its Fordo facility, another serious breach of the agreement. The increase represents “a technical step away from weapons-grade levels of 90 percent,” according to the AP, and consists of the highest level of enrichment since the 2015 agreement was signed.

Once enough uranium is enriched to the 20 percent level, enriching it further to the 90 percent needed for bomb-grade material would only take six weeks, according to the Institute for Science and International Security, a highly respected think tank.

The institute estimates that with this new development at Fordo, it will take Iran only five to six months to produce enough uranium necessary to make a bomb. From that point, it would take another month-and-a-half for Iran to produce a bomb itself.