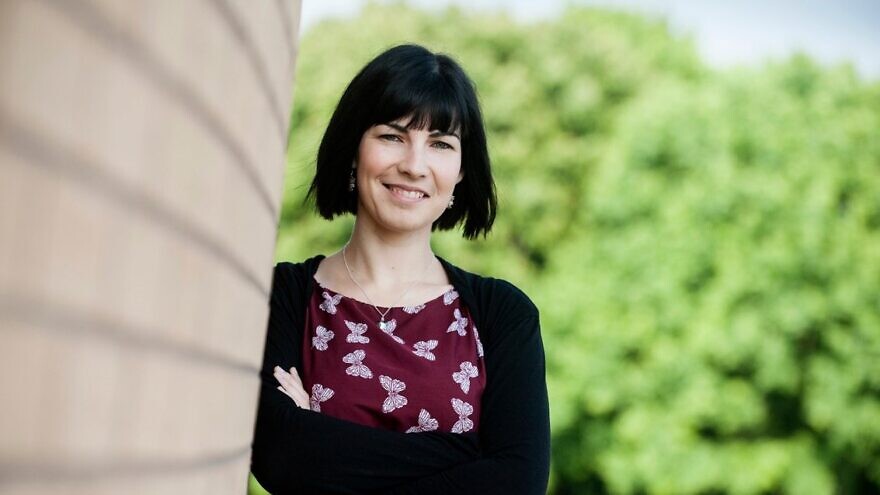 (August 15, 2022 / JNS) A British archaeologist was awarded an honorary medal on Aug. 4 by the Treblinka Museum for her work investigating Nazi crimes that took place at the concentration camp in Poland.

Caroline Sturdy Colls, a professor of conflict archaeology and genocide investigation with a specialization in Holocaust studies at Staffordshire University in England, was presented with the award by the director of the Treblinka Museum Edward Kopówka.

The ceremony was also attended by 94-year-old Holocaust survivor Ike Alterman, whose mother and sister were murdered in the camp.

The professor, who was previously awarded the European Archaeological Heritage Prize, was thanked for her “extensive efforts to honor the victims who were murdered in the camps and to educate future generations,” reported the BBC.

It is the second medal ever awarded by the Treblinka Museum.

The professor’s findings formed the basis for the museum’s permanent exhibition titled, “Finding Treblinka.” During a 2013 excavation led by Sturdy Colls, more than 300 items were found, including ceramic tiles that were used to line gas chambers at the concentration camp.

It is far from the first time her work has been recognized. Sturdy Colls earned the European Archaeological Heritage Prize in 2016. She has authored five books and other related chapters, and numerous papers on archaeology and the Holocaust.

“I remain committed to uncovering the evidence that the Nazis tried to hide at the camps and to trying to uncover the stories of the people they tried to erase,” she said, according to the BBC.

As many asw 800,000 people were killed at the Treblinka concentration camp between 1942 and 1943, according to the Treblinka Museum.