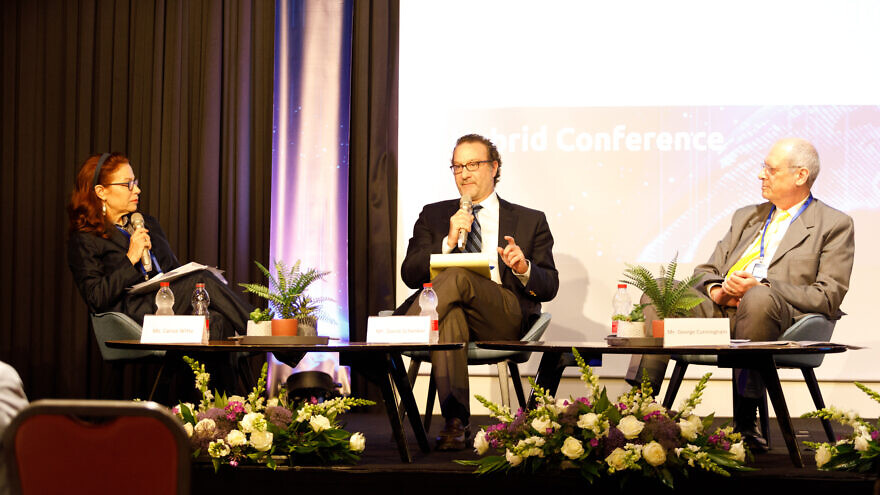 (December 14, 2022 / JNS) At a conference titled “U.S.-China Competition: Meet the Middle East,” high-level participants from Israel, the United States and China gathered in Tel Aviv on Dec. 8 to examine the primary drivers shaping Israel’s China policy, particularly in view of a sharpening Sino-American Mideast rivalry. What emerged was that Israel does not have an overarching China strategy—and needs one.

There are many reasons Israel doesn’t have a well developed China policy, explained Carice Witte, founder and executive director of SIGNAL, the Israel-based think tank which sponsored the conference. Perhaps chief among them is that the two countries didn’t have much interaction until recently, she said. Although Israel was the first Mideast country to recognize the People’s Republic of China (PRC), China didn’t return the favor until 1992, and “it wasn’t until 2010 that relations really began to expand,” she noted.

However, Witte said, it’s high-time Israel formulated a China policy, as “a well-crafted policy will strengthen Israel’s position and the bilateral relationship.”

However, it became evident at the conference that one of Israel’s biggest hurdles with regard to developing an independent China policy is the rivalry between China and the United States. Any Israeli policy on China has the potential to drive a wedge between Washington and Jerusalem should American concerns not be taken into account.

“China is an issue that is of such importance to the United States that depending on how you handle it, it could become an irritant to the relationship,” said David Schenker, former U.S. assistant secretary of state for near eastern affairs (2019-2021).

“We’ve seen this before. I worked in the Pentagon from 2000 to 2006 when Israel decided to sell the Phalcon, an AWACS [Airborne Early Warning] system to China,” he said. Although Israel canceled that sale under U.S. pressure, Schenker listed other military equipment Israel made available to China at around that time.

“It got so bad that the United States made persona non grata the director general of the ministry of defense of Israel, Amos Yaron, and said you’re no longer welcome to come to the Pentagon. This was during the Bush administration, which was one of the most pro-Israel Pentagons in American history,” he added.

“The U.S. is facing a challenge to its global leadership from a nation that has three times its population … All of this might seem very far away from Israel, but actually it’s on our doorstep, because at the heart of the rivalry is technology,” said Witte.

Israel comprises only 0.11% of the world’s population, but accounts for a large percentage of the global investment in cybersecurity and artificial intelligence (AI). “This is one of the reasons China is so interested in Israel,” said Witte.

One of the reasons the United States launched the Strategic High-Level Dialogue on Technology with Israel in July—a partnership the United States has with only four other countries—was American fears about China, said Schenker. The high-level dialogue will help the United States and Israel reach “a better mutual understanding” and help develop “guardrails.” He said defense technology is a “no-brainer,” but that there are gray areas, such as AI. 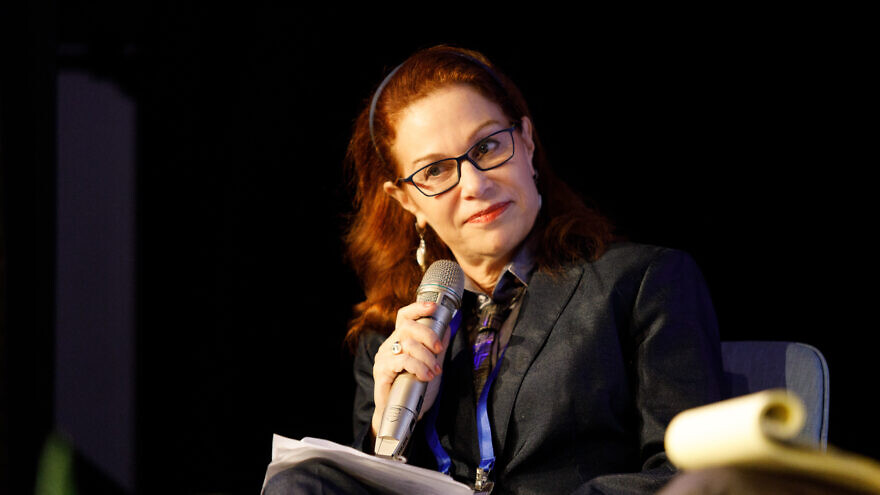 “We’re starting to get the impression in Israel, not only from this conference, that there’s a black and white, and not a gray area, and that anything we do that connects to China might be subject to criticism by the U.S.,” said Witte.

According to Schenker, “To have a dialogue on China will prevent misunderstandings. Until recently, I don’t think Israel as a country understood exactly why the United States has concerns about China.” He said China’s behavior constitutes an attack on “the global, rules-based order,” a theme repeated by many of the American participants at the conference.

“No challenge is more urgent than preserving the rules-based international system because that system has provided the predictability and stability necessary to meet the other challenges we face,” she said.

“One of those challenges is the People’s Republic of China and its problematic activities, as clearly laid out in President Biden’s national security strategy,” she added. “The United States sees the PRC as the greatest geopolitical challenge that we face because it is the only competitor with both the intent to reshape and remake the international order and increasingly, the key economic, diplomatic, military and technological capability to do so,” she added.

“We do not wish for Israel or any country to decouple its economy from China’s,” she said, but added that Chinese leaders have stated that they want to mesh civilian and military technology together “through what the PRC officials call military civil fusion.” Therefore, guide rails need to be in place to prevent the transfer of sensitive and dual-use technology, she said. Although she acknowledged that Israel has taken steps to ensure its military technology doesn’t reach China, Pak said the United States would like to see “more action to protect Israel’s advanced innovation and critical and emerging technologies.”

Chinese participants dismissed these concerns. Sun Degang, a professor of political science at the Institute of International Studies and director of the Center of Middle East Studies at Fudan University in Shanghai, said: “China’s perception of the Middle East is different from that of the U.S. The U.S. sees the Middle East from a security perspective—who are my friends and who are my foes. Their focus, therefore, is a kind of zero-sum game. China perceives the Middle East as a market, because China believes it can seek a zero-enemy policy in the Middle East,” he said.

He added that China is not spreading ideology in the Middle East, nor does it have military allies in the region; “therefore, the U.S. should relax and not be anxious.”

Zhao Hai, director of International Political Studies at the National Institute for Global Strategy at the Chinese Academy of Social Sciences, portrayed the United States as the one carrying out an aggressive policy.

According to Hai, Washington is adopting policies, particularly regarding technological cooperation with Israel, based on “distorted” analyses of China’s use of the technology.

George Cunningham, former strategic adviser on Asia-Pacific Affairs at the European External Action Service (EEAS), attempted to offer helpful advice to Israel when developing its own China strategy. Having direct experience developing a China strategy for the European Union, Cunningham said the first step is coming up with a global strategy; “where our best interests lie, and who are our allies and things like that.”

He stressed that policy must be directed from the top, in Israel’s case from the prime minister’s office, and that communication across ministries was key.

“We kept track of what everybody was doing. We weren’t imposing our will necessarily on the ministries, but we were just in touch, checking on what was going on,” he said.

They settled on an approach in which China was viewed differently depending on the economic sector in question, either as a cooperation partner, a negotiating partner, a competitor, or a strategic rival. While the European Union would much rather see China as a cooperative partner, in recent conversations with E.U. officials, he said it appears that China is looking more like a “systemic rival” and that the areas of cooperation are “diminishing.”