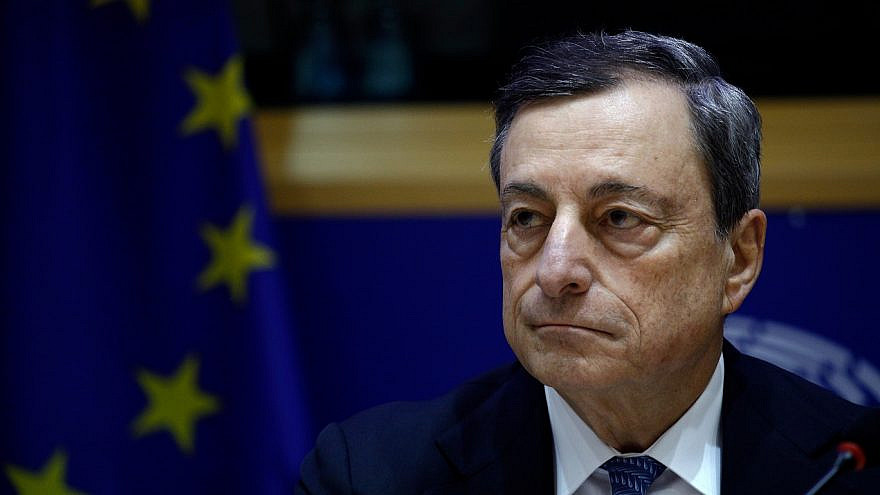 Omar Alshamsi, the United Arab Emirates’ ambassador to Italy, told an online forum that the Abraham Accords “marked a milestone in the history of the Middle East” as the UAE together with Israel “laid the cornerstone of fraternity between cultures and faiths towards a new vision of global prosperity.”

“This is the vision my country pursues as a legacy for future generations,” he said. “Since the founding of the UAE, our mission has been cooperation with other countries. With the Abraham Accords, we took a step towards this.”

Bahrain’s ambassador to Italy, Naser al-Belooshi, told the forum that the accords “are based on accepting the other and on being able to reach a solution to the Palestinian-Israeli conflict.”

He also noted that Islam, Judaism and Christianity all have “a similar foundation of peace, prosperity and love.”

“All differences that have been imposed are political,” he said. “Instead, we should begin by looking closely at all the endless similarities.”

The online webinar—“Abraham Accords as a Hope for the Future of the Middle East?”—sponsored and hosted by the Luigi Einaudi Foundation earlier this month, brought together diplomats and experts for a discussion of the region.

Nirenstein told JNS her initiative stemmed from a “deep drive” to spread awareness of the benefits of the Abraham Accords.

Being an Italian and Israeli, Nirenstein said she was “scandalized” by the European Union, which according to her has failed to demonstrate an understanding of how immensely important the Abraham Accords are—not only to Israel and the Gulf states, but to the entire world.

“I wanted them to understand that the era of two states for two peoples and the main drive for peace accords is over, and there is a much larger stage that has immense importance for the entire world is taking place now,” she said. “None of the European states demonstrated signs of realizing what is at play.”

Nirenstein said Europe should help promote the accords, which are “introducing stability,” instead of “pushing the Palestinian issue to a dead-end where nothing will be accomplished.”

“The Muslim world has shown there is a totally different way of looking at Jews as part of the Middle East environment and therefore must become accepted,” she said. “The E.U. shows they do not understand that there is another point of view that removes extremists. This is a proposal for a new kind of Islam that accepts Israel.”

Dan Diker, director of the Political Warfare Project at the Jerusalem Center for Public Affairs, said that most European platforms for debate and analysis on the Middle East “overemphasize the Palestinian issues and underemphasize the regional Arab political and economic issues.”

“This is a very important moment,” he told JNS. “We have a major shift in Middle East peacemaking. Where the Abraham approach is so different is that it moves away from three decades of what has been unsuccessful bilateral peacemaking that had been mediated by American administrations.”

According to Diker, the public throughout the Mideast is “furious about unemployment, poor wages and lack of economic opportunity. Leaders have started to recognize this.”

Diker noted that the Gulf states and Muslim countries that are normalizing relations with Israel have “sought it out as a major economic partner to solve the most pressing regional challenges.”

According to Diker, the webinar was unique in that it “zoomed out on the Abraham Accords seeking to understand its intended logic and identity, as opposed to the historical and traditional tendency of the West to look at everything through the Palestinian prism.”

“These accords have been misunderstood by many in the West,” he added. “It did not abandon the Palestinian track; it simply placed the Palestinian conflict in a regional context.”

Diker suggested that the Biden administration not go back to “the old, failed paradigm” of peacemaking. “Rather,” he said, “it must take the broad bottom-up approach to peace in order to keep alive the Trump vision of the Palestinian-Israeli track.”

He also said the Palestinians “will have to come to terms with the sense that the region is moving forward,” explaining that “this is the first time a European organization or government has publicly examined the political logic behind the accords and discussed its prospects for fundamental change in the Middle East without reflexively pointing to the unsolved Palestinian issue.”

According to Nirenstein, Italy is strongly pro-Israel and “can absolutely influence other countries in the E.U. to view Israel more favorably.”