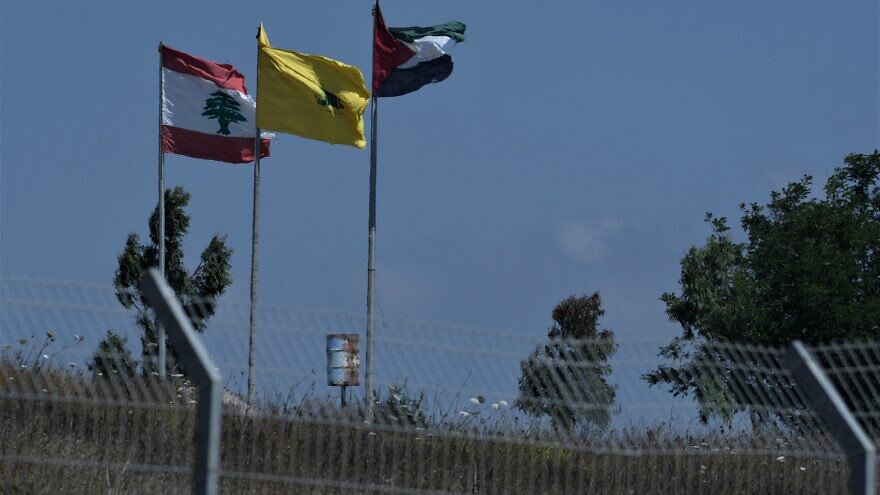 (July 5, 2022 / JNS) Senior Lebanese officials on Monday issued a thinly veiled warning to Hezbollah over the Iranian proxy’s attempted July 2 drone strike on an Israeli gas rig. Analysts who spoke to JNS disagreed on whether the criticism signaled that Hezbollah has been politically weakened—and whether that even matters—or merely reflected a desire to placate U.S. mediators presiding over indirect maritime border talks between Israel and Lebanon.

Emmanuel Navon, an international-relations expert who teaches at Tel Aviv University’s School of Political Science, Government and International Affairs believes that the condemnation is significant and that “it’s one of the consequences of Hezbollah’s losses in the [latest] elections in Lebanon.”

While Hezbollah maintained the same level of representation in the legislative vote held on May 15, its allies suffered defeats. With its bloc dropping from 71 to 62 seats in the 128-seat Lebanese parliament, Hezbollah effectively lost its majority. The faction’s losses have been blamed on public anger at the terror group, which has been held responsible both for Lebanon’s imploding economy and the August 2020 Beirut port explosion that destroyed large sections of the city.

“The fact that the new government is for the first time openly criticizing Hezbollah goes to show that Hezbollah is politically weakened,” Navon told JNS.

Following a meeting on Monday with Lebanon’s caretaker prime minister, interim Foreign Minister Abdallah Bou Habib issued a statement denouncing any non-state-sanctioned actions as “unacceptable.” The missive was construed as a response to Hezbollah’s foiled attack on Israel’s Karish gas field, located 50 miles (80 kilometers) off the coast of Haifa. Hezbollah on Saturday targeted the rig with three drones, which the Israeli military shot down.

Lebanon and Israel have been engaged in intermittent negotiations since October 2020 over gas-rich waters they both claim lie in their exclusive economic zones. Recently, Lebanon expressed a willingness to quit its claim to the Karish field in exchange for another, the Qana field. On June 27, the United States, which has been mediating the talks, described the ongoing process as “productive” and as advancing “the objective of narrowing differences.”

“Hezbollah doesn’t want any compromise or any agreement between the Lebanese government and Israel, which it sees as constituting a de facto recognition of Israel,” said Navon. “As far as they’re concerned, there has to be a permanent and total war against Israel. They will torpedo any step that normalizes relations with Israel because such are the instructions they get from Tehran.” 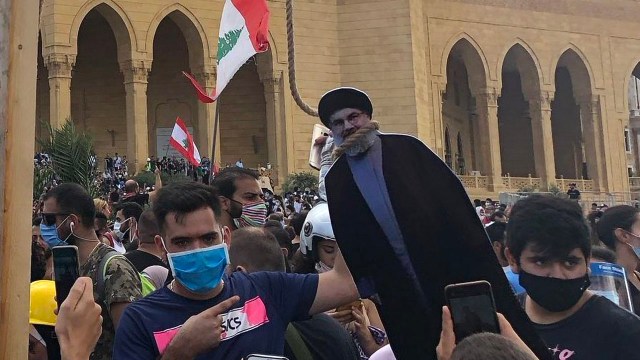 ‘We are in the picture’

Eyal Zisser, vice rector of Tel Aviv University and a lecturer in its Middle East history department who has written extensively on Lebanon, expressed a different viewpoint to JNS. While stressing that public anger directed at Hezbollah was real and ongoing, he noted that the interim foreign minister’s comments were narrow in scope, limited to the maritime border talks with Israel.

“The Americans became very angry at what happened [regarding the drones], and the Lebanese government has an interest in concluding the negotiations positively. They thought it might be a good idea to publish such a statement,” he said.

There were also internal political dynamics at play.

“The foreign minister belongs to the [Michel] Aoun faction, and it’s not going to win the presidency again, so they might feel freer to criticize their old ally Hezbollah—something they wouldn’t have done, let’s say, two to three years ago,” said Zisser.

He also questioned whether Hezbollah’s drone operation should even be considered an attack and instead suggested that the move was more for show. “It’s sending a message. ‘We are here. We are in the picture,’ ” he said.

He furthermore noted that reining in Hezbollah is expected to be a top agenda item during Israeli Prime Minister Yair Lapid’s meeting on Tuesday in Paris with French President Emmanuel Macron.

“France has an interest because some of the gas companies that are to drill in Lebanese waters are French,” said Zisser. “Apart from that, France always thinks of itself as an important player.” Still, he emphasized that Paris no longer has that much sway in Beirut—certainly not as it has had in the past—pointing to the fact Washington is the one mediating maritime border negotiations with Israel.

Nevertheless, Navon argues that Lapid will ask Macron to use “all the influence at his disposal” to convince the Lebanese government “to dissociate itself” from Hezbollah. Moreover, he noted that the Iranian proxy’s targeting of Israel’s territorial waters was an issue that “speaks to the French,” given that France previously dispatched warships to the Eastern Mediterranean to protect Greece’s territorial waters from aggressive actions by Turkey.

Even so, Navon remains skeptical, insisting that “as long as the Lebanese government is hostage to Hezbollah, there’s very little that France or other outside countries can do. But the fact that the government is trying to emancipate itself from Hezbollah gives more leverage to France,” he said.

Navon and Zisser do agree that Hezbollah remains powerful. “I don’t think Hezbollah has anything to worry about. Its strength and position are strong within the Shi’ite community,” noted Zisser.

For his part, Navon said that U.S. President Joe Biden’s visit to the Middle East next week could mark an inflection point, especially given the expected announcement of the formation of a security alliance between Israel and Arab states geared towards countering Iran.

Said Navon: “It may serve as an incentive for Lebanon to try and neutralize Hezbollah as much as possible.”