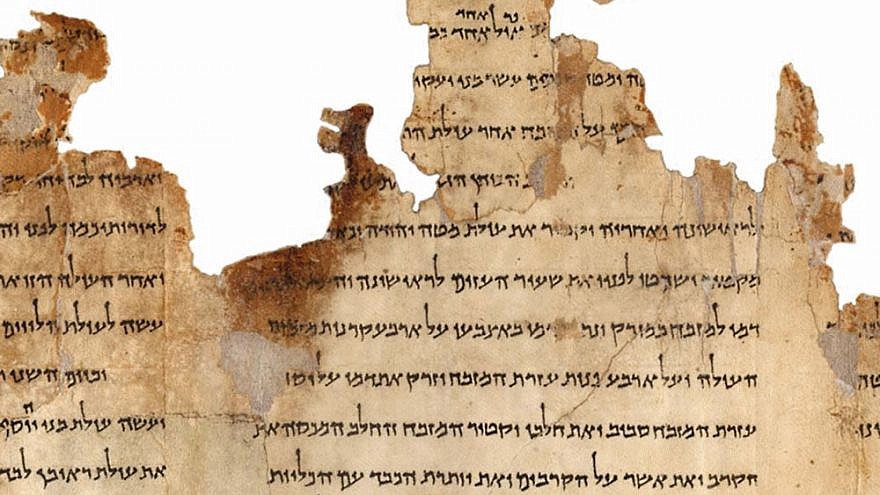 Portion of the Temple Scroll, labeled 11Q19, one of the longest of the Dead Sea Scrolls dating back to the second-century C.E. Credit: Israel Museum, Jerusalem.
Spread the word.
Help JNS grow!
Share now:

(March 17, 2020 / JNS) What was thought to be 16 Dead Sea Scroll fragments housed at the Museum of the Bible in Washington, D.C., were discovered to be forgeries following an in-depth investigation, reported National Geographic last week.

Most of the 100,000 real Dead Sea Scroll fragments are displayed at the Israel Museum’s Shrine of the Book. The 1,800-year-old scrolls were discovered in the Qumran caves in 1947.

Starting in 2002, at least 70 similar fragments were available on the market, and Museum of the Bible founder Steve Green ended up buying 16 of them, which are currently in the museum’s collection.

“These fragments were manipulated with the intent to deceive,” said Colette Loll, founder and CEO of Art Fraud Insights.

The source of the forgery remains unknown, though researchers concluded that all the fragments come from the same source.

The Museum of the Bible purchased the fragments from four different people, three of them American. One of the American sellers, Michael Sharpe, told National Geographic that he was shocked to find out the fragment he sold was inauthentic. He said, “I feel kind of sick. I had zero idea, none!”