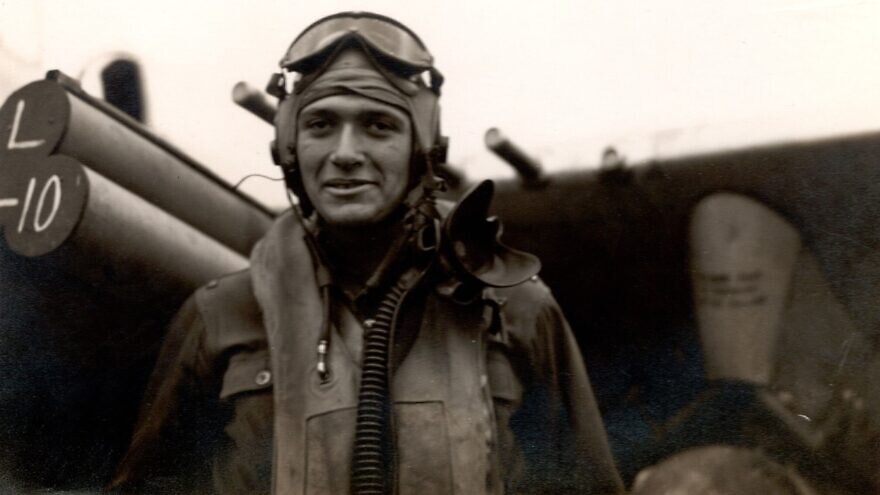 (August 3, 2022 / JNS) Gerald Teldon, 97, nicknamed himself “Mr. Lucky,” flying more than 60 missions for the U.S. Army during World War II. What he never received, however, were his service medals.

That changed on July 29, when—surrounded by three generations of his family—the 97-year-old Teldon was decorated with six medals for his service, including an Air Medal, European-African-Middle Eastern Campaign with three bronze service stars, National Defense and a World War II Victory medal.

The ceremony was held at the Chabad Center for Jewish Life & Learning in San Antonio, Texas, where several of his grandchildren serve as Chabad-Lubavitch emissaries.

“It was truly the honor of a lifetime to be present when my grandfather, who risked his life countless times to protect the world from tyranny, accepted the medals he earned in World War II,” said one of those grandchildren, Rabbi Levi Teldon, who got to pin one of the medals on his grandfather. “The whole family feels so grateful and humbled.”

Teldon, who is from Long Island, N.Y., joined the service in April 1944. He initially applied for the Navy Air Force, but it was over its “Jewish” quota, so he was denied a spot. 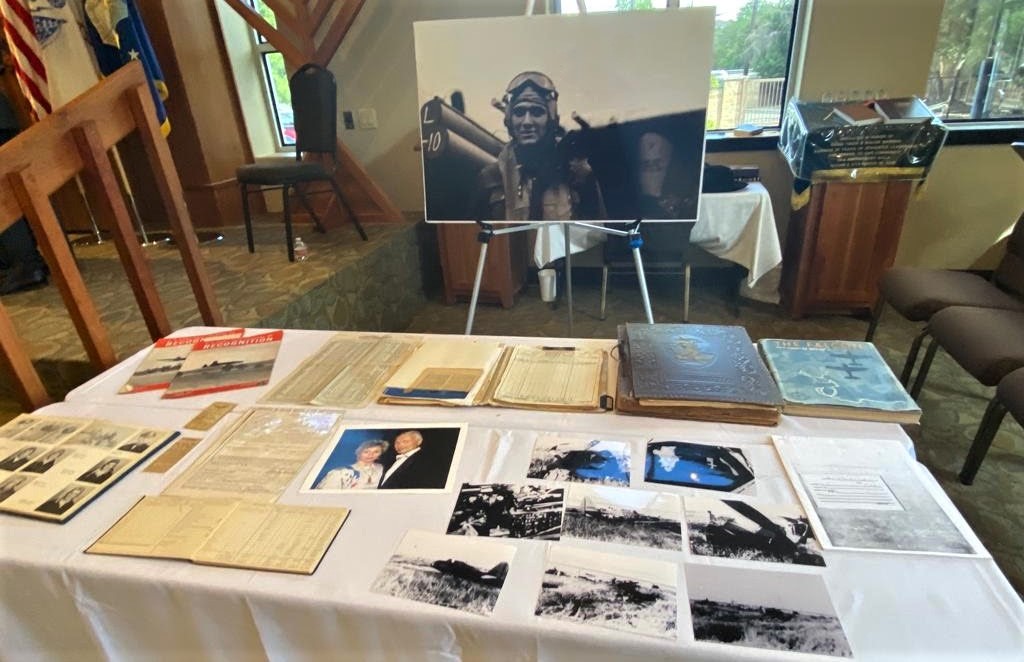 Determined to serve his country, Teldon applied for the Army Air Force. While the medical doctor sought to exclude him because of an ear issue, Teldon signed the papers himself and he was in. He served in the 79th Fighter Group, the 85th Fighter Squadron and 87th Fighter Squadron. He was honorably discharged as a first lieutenant in March 1946.

According to his son, Rabbi Tuvia Teldon, the executive director of Chabad of Long Island, N.Y., his father only began speaking about his military service in the last 20 years.

While the family doesn’t know why he never received his medals after the war, once the military was contacted, the rabbi said, they were very receptive to awarding them and plans were made for the ceremony to coincide with his great-grandson’s bar mitzvah.

In an interview last week with Texas Public Radio, the elder Teldon, who now lives in Mexico, reflected on his honor, saying: “I never realized the results of what was happening that I was doing. I was a fighter pilot, and as a fighter pilot, you never see the action that resulted from what you did. And now when I received these medals and they announced what the reasons for the medals were, I was absolutely amazed that I was involved in that. I call myself ‘Mr. Lucky.’ I mean, to live through 62 missions and live to be 97, you got to have a lot of luck for that.” 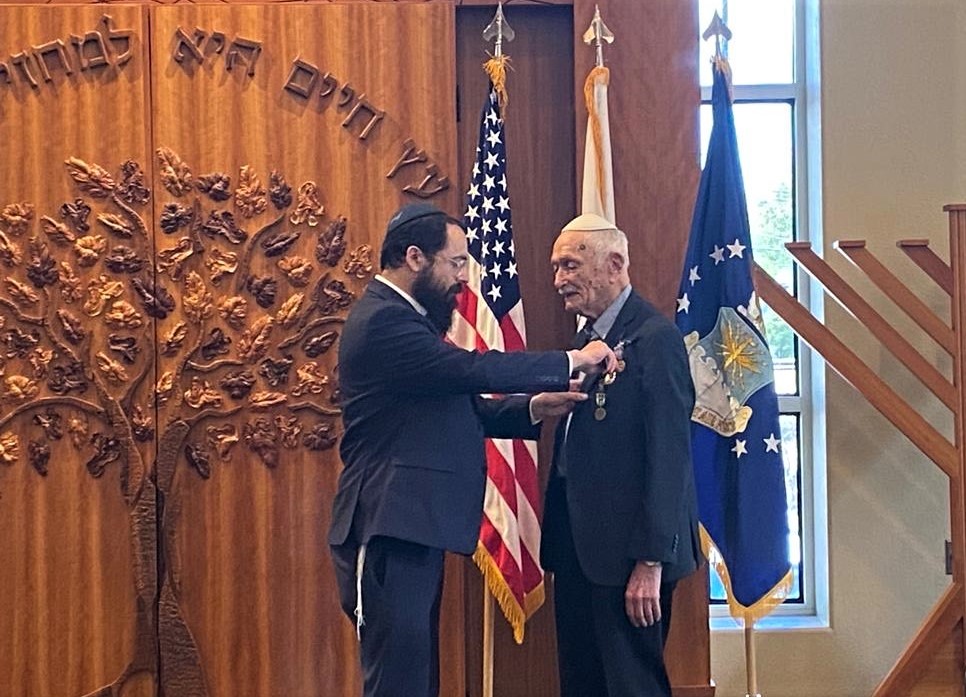 Pinning honors on 97-year-old Gerald Teldon (center), who served as a U.S. Army pilot during World War II, on July 29, 2022. Credit: Courtesy of the Teldon family. 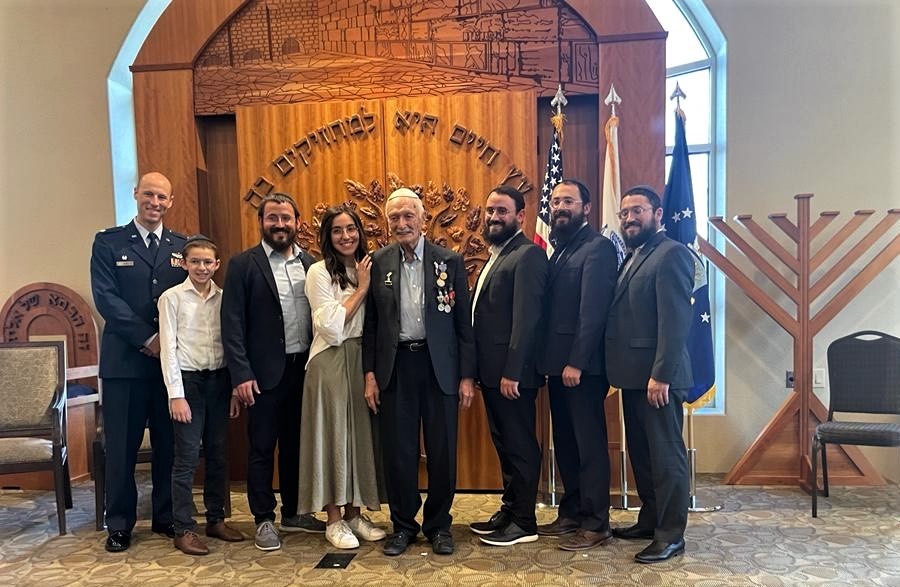 Extended members of the Teldon family gather to honor 97-year-old Gerald Teldon (center), who served as a U.S. Army pilot during World War II, on July 29, 2022. Credit: Courtesy of the Teldon family.
Republish this article in your newspaper or website