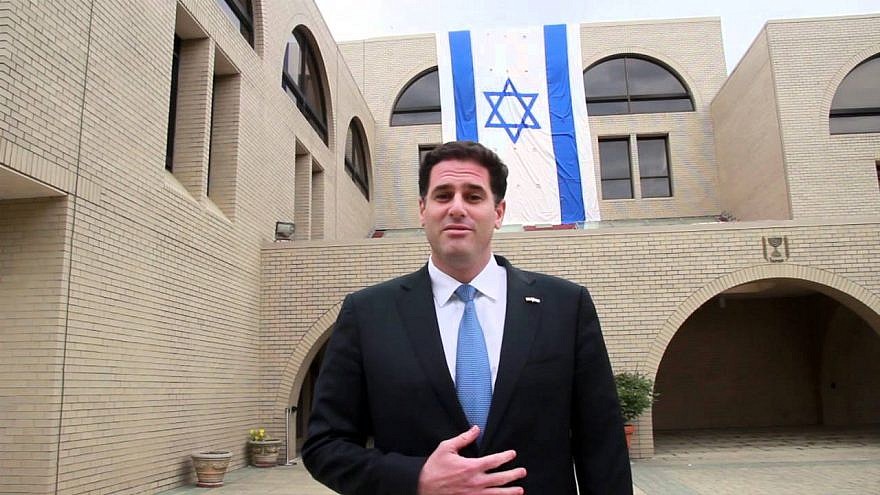 (September 5, 2021 / Israel Hayom) Ron Dermer, who until recently was Israel’s ambassador to the United States, is warning that despite their promises, the United States and the international community will not prevent Iran from developing a nuclear weapon.

“In no uncertain terms, the world will allow it to happen,” said Dermer, in an in-depth interview that will be published in full over the Rosh Hashanah holiday.

“The Iranians want to turn Israel into South Korea, and Tel Aviv into Seoul. They want to surround us with a conventional ring of precision weapons and create a balance of terror so that any time someone fires a rocket from Gaza, [Israel] will think twice before responding.

“In year 15 of the nuclear deal, when your expectation is that the international community will prevent them from acquiring a nuclear weapon, [Iran’s] conventional might will be such that people will say, ‘Now it’s already too late to stop them. They will destroy Tel Aviv.’ Anyone who says we will have all the same options when the deal expires as we have now is wrong. We won’t have options,” warned Dermer.

Dermer rejected former Mossad director Meir Dagan’s dictum that Israel must act militarily “only when the knife is at our throats,” saying that by the time the knife was at Israel’s throat, it will be unable to act because the price of doing so “will be too high.”

“I saw for 20 years, four of which were spent in the Prime Minister’s Office and seven in the embassy in Washington, how Netanyahu rallied the world to apply international pressure against Iran. He was the one who convinced many officials in the international realm, among other reasons because they understood he was willing to act, and that created more pressure,” said Dermer.

“Netanyahu was the most active force in the Israeli and international arenas on this matter, and there are many things that still are not known [to the public in this regard]. He thought that everything needed to be done, and that’s what he did,” added Dermer.

The former ambassador also alleged that during the Obama presidency, senior Israeli officials worked to undermine the Netanyahu government’s policies regarding Iran.

“There were people who impeded the prime minister from doing his job of defending Israel’s interests. This was true between the years 2009 and 2012, when people worked against the military option, and during the campaign to stop the nuclear deal in the years 2013-15,” he said.

However, throughout his years of public service, he has largely avoided speaking with the Israeli press.

“There’s an entire group of people [journalists—A.K.] who have no bounds to their cynicism toward the politicians in Israel. For some reason, however, when they board a plane and cross the ocean, their cynicism disappears. When an American president says something, they become naïve. I found myself investing hours dealing with nonsense that was written or said,” said Dermer.

In the broader interview, Dermer divulges why his tenure was extended to seven years, reveals details about the relationship with the Trump administration, the F-35 deal with the United Arab Emirates and the efforts to free Jonathan Pollard. Dermer also responds to the allegations against him and Netanyahu regarding ties to the Democratic Party, and discusses their approach to U.S. Jewry.