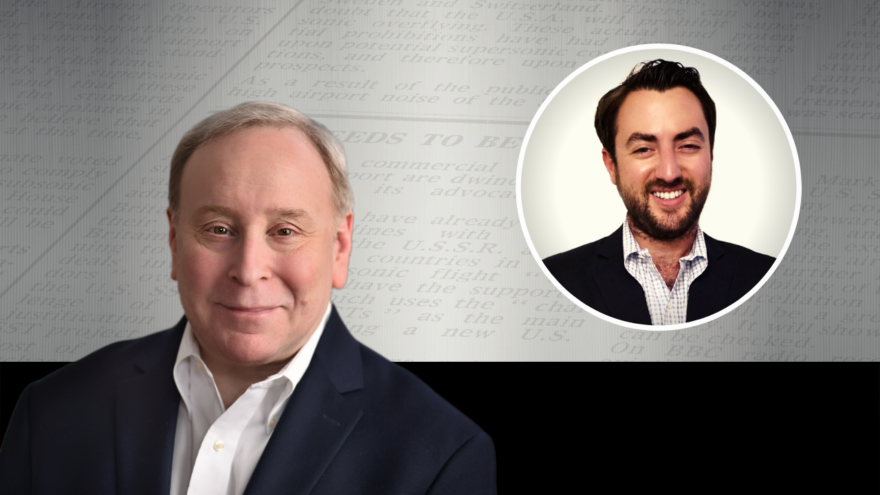 (December 15, 2022 / JNS) Can one be appalled by Russia’s brutal invasion of Ukraine without accepting the notion that Ukrainian President Volodymyr Zelenskyy is a defender of democracy and freedom? That’s the question JNS editor-in-chief Jonathan Tobin asks about what he calls the rush to anoint the Ukrainian leader as the Winston Churchill of the 21st century.

In this week’s episode of “Top Story,” Tobin speaks with Newsweek opinion editor Josh Hammer. Tobin points out that although Ukraine is definitely the victim of Russian aggression, there has been a concerted effort to ignore the truth about the corrupt and dictatorial nature of Zelenskyy’s government, which suppresses dissent and even closes churches that are not active supporters of the Kyiv government.

Hammer analyzes the reasons for the willingness to overlook Zelenskyy’s anti-democratic behavior. He also questions the notion that supporting and funding his quest to push Russia back to the borders as they existed in 2014 rather than working for a peace settlement is in America’s national interest. According to Hammer, part of the problem is the way support for Ukraine and hostility to Russia is bound up in the minds of many Americans with belief in the myth that former President Donald Trump colluded with Russia to win the 2016 presidential election.

The dangerous idea of “regime change”

Hammer also considers the mobilization of the “commentary class” and the “foreign policy establishment” on behalf of Zelenskyy. This, he says, has allowed the Ukrainian government to conflate their own interests in pursuing a war to achieve unrealistic objectives, including the dangerous idea of “regime change” in a country with nuclear weapons, something he says endangers everyone.

Hammer also speculates that American Jews may be more likely to adopt this point of view and to think of Putin as Hitler, in the same manner that many liberals have come to feel about Trump and others they dislike. This, he continues, is in spite of Zelenskyy’s Holocaust denial regarding the role of Ukranians in the Shoah, his unfair pressure campaign to force Israel into joining the war, and his country’s voting against the Jewish state at the United Nations. This has, he says, led many to forget the tragic lessons of other 21st century American wars, in which similar delusions led to disaster.

Turning to the topic of growing antisemitism in the United States, Hammer also says that it was “tragic” that the Anti-Defamation League and its CEO Jonathan Greenblatt has so politicized the subject, and is so committed to underplaying the threat of left-wing and Muslim Jew-hatred that the ADL was now actually part of the problem.