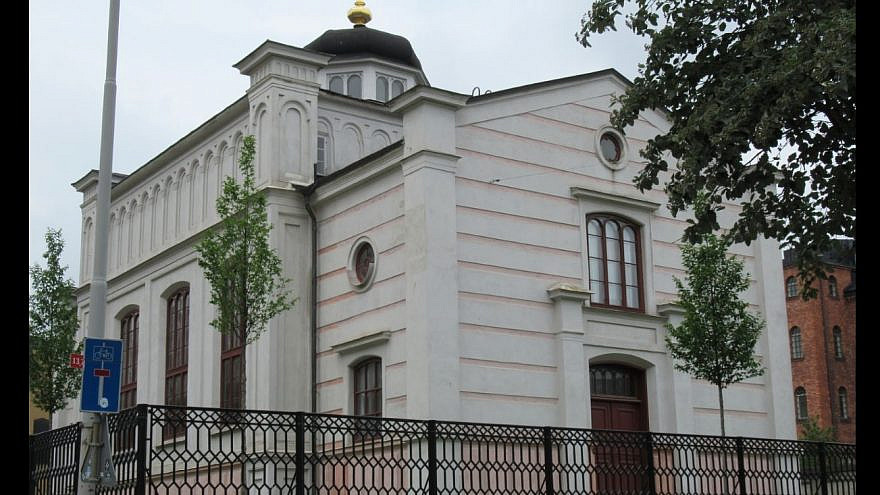 (March 30, 2021 / JNS) Police in Norrkoping, Sweden, are investigating after someone left a hate-filled message and a group of dolls hanging outside a synagogue there on the first day of Passover.

According to a post from the Anti-Defamation League, the note referred to Passover being a “Jewish celebration of killing thousands of Egyptian children.” The ADL also posted a photo of some of the hanging dolls with what appeared to be red paint or markers on them.

The neo-Nazi Nordic Resistance Movement posted about it the next day and used a photo which appears to have been taken at night. We urge the police to take quick action against such intimidation and harassment. pic.twitter.com/mXxeehqY9z

The ADL also noted that the neo-Nazi Nordic Resistance Movement posted the incident, including a photo taken at night that showed even more dolls hanging outside. In its tweet, the ADL said: “We urge the police to take quick action against such intimidation and harassment.”

A local news website reported that police will patrol the synagogue during the remainder of the holiday, which continues through Sunday night. Norrkoping is about 100 miles south of Stockholm, and according to the European Jewish Congress, has a small Jewish community.

This week’s incident comes just two months after anti-Semitic flyers and cans that said “GiftGas! Zyklon” were found in the city; that discovery was made on Jan. 27, International Holocaust Remembrance Day.