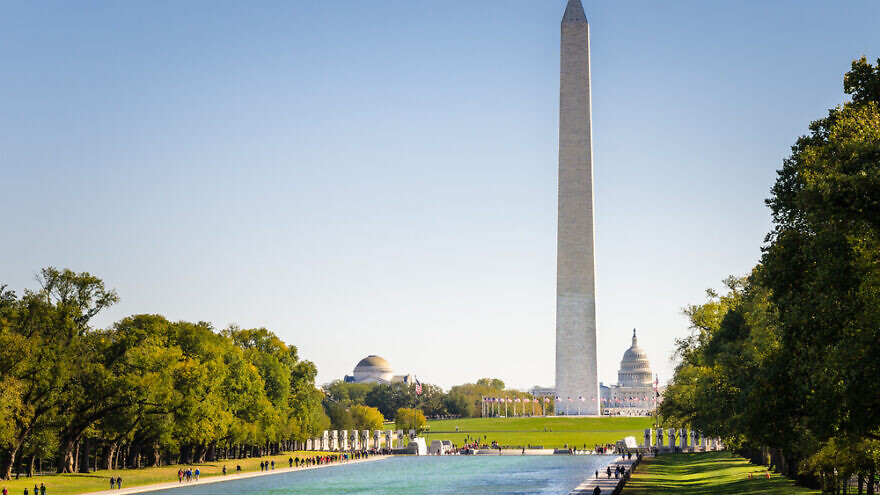 (July 6, 2021 / JNS) Dozens of national and local Jewish organizations are banning together for “No Fear: A Rally in Solidarity With the Jewish People,” to be held on July 11 in Washington, D.C., to raise awareness about growing anti-Semitism in person and online.

The rally will feature Israeli actress and author Noa Tishby; Elisha Wiesel, son of the late Holocaust survivor and Nobel laureate Elie Wiesel; and Rabbi Jeffrey Myers of the Tree of Life Synagogue in Pittsburgh. Groups from Boston, New York, Philadelphia, Baltimore and other major metropolitan areas plan to attend the 1 p.m. event on the west side of Capitol Hill. Free busing is being provided from several East Coast cities.

“As anti-Semitic attacks have become more frequent without commensurate responses from elected officials or other leaders, concern in the Jewish community and among our allies has reached a fever pitch,” said Melissa Landa, director of Alliance for Israel, which is spearheading the rally. “In my role as the director of a grassroots organization, I am contacted by people all over the country sharing their experiences with anti-Semitism and their frustrations that not enough is being done. So I decided to do something about it and call for a rally.”

She added that the Sunday gathering “represents a broad coalition of organizations that oppose anti-Semitism—crossing religious, racial, political and denominational boundaries, bringing together all who want their voices to be heard in the nation’s capital.”

The Orthodox Union, Rabbinical Assembly, United Synagogues of Conservative Judaism, Union for Reform Judaism and dozens of other organizations are also lending their support.