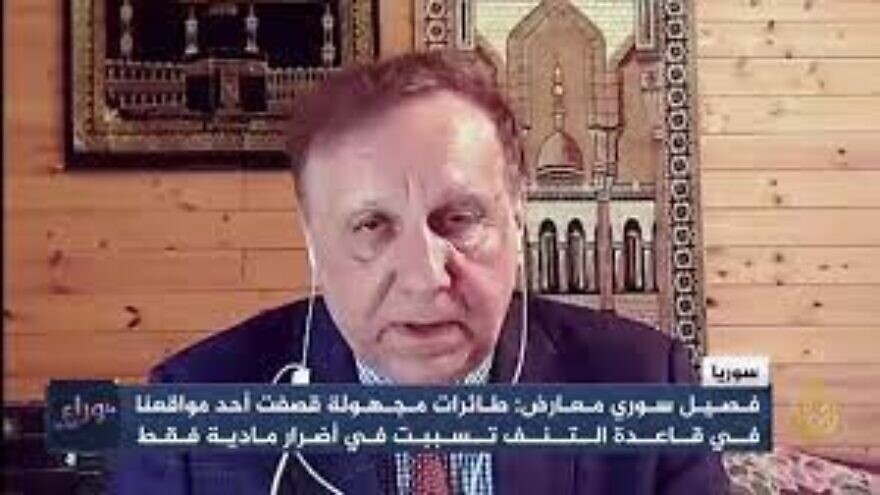 (June 20, 2022 / JNS) Former Russian diplomat Andrey Balkanov said in a June 19 interview on the Al Jazeera network in Qatar that a confrontation between the United States and Russia is more likely in Syria than in Ukraine, and that U.S. assessments about Russia withdrawing troops from Syria are “baseless.”

According to a report by the Middle East Media Research Institute (MEMRI), Balkanov stated that Russia would send more forces to Syria if President Bashar Assad made such a request.

Balkanov serves as head of the International Affairs Department of the Federation Council of the Russian Federal Assembly, Ambassador Extraordinary and Plenipotentiary Deputy Chairman of the Board of the Association of Russian Diplomats, and is a former ambassador to Saudi Arabia.

The ex-official said Israel made a “mistake” by striking the Damascus International Airport on June 10, adding that the best way to end such maneuvers is by shooting down Israeli planes with Russian air-defense systems.

He compared the move to a time when Russian systems were used to shoot down Israeli jets over Egypt in the 1970s.