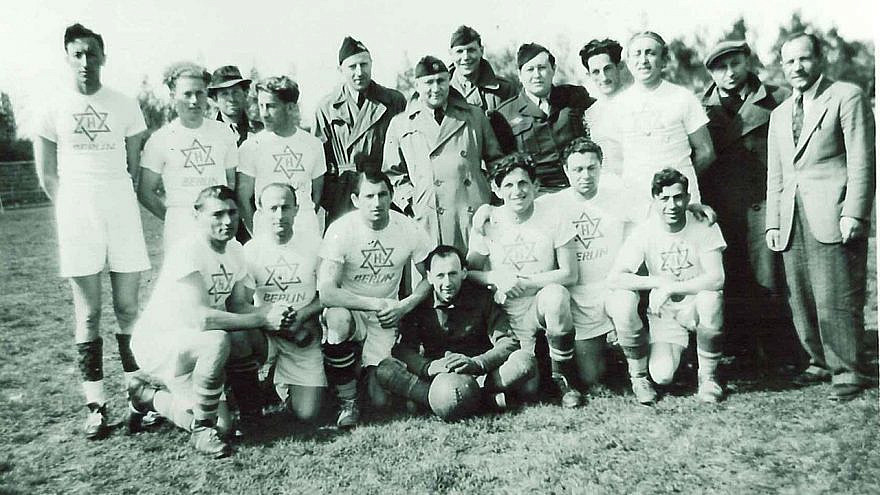 (January 26, 2023 / JNS) For Holocaust survivors, the days and months following the liberation of the concentration camps often felt like the world had ended and they now had to deal with the aftermath.

Those feelings came streaming back on Tuesday during the opening of an exhibit at United Nations headquarters in New York City, planned in conjunction with the YIVO Institute for Jewish Research, that tells the story of how, in the aftermath of catastrophic loss, Jews found the desire to live again.

“After the End of the World: Displaced Persons and Displaced Persons Camps” examines the responses of the United Nations Relief and Rehabilitation Administration (UNRRA), the first multinational response of its kind, and of Jewish Holocaust survivors in the immediate post-war years. It includes photographs, posters and even dolls crafted by children in the camps.

The opening event featured scholars, researchers and survivors, discussing the struggles and the triumphs of those coming through the hell of the Shoah and the Soviet labor camps. Correspondence from survivors and family members trying desperately to track down one another are drawn from the United Nations Archives.

“The Jews in the DP camps took control of their own lives. They had their own committees. They had their own political and social and cultural leadership. And they very much motivated their own rehabilitation,” Menachem Rosensaft, founding chairman of the International Network of Children of Jewish Holocaust Survivors and himself born in the Bergen-Belsen Displaced Persons Camp, told JNS at Tuesday’s opening.

The exhibits feature themes such as Living and Grieving, Searching For Each Other, UNRRA, Children and Childhood, Placing The Displaced and Cultural Life. The artifacts were curated from the YIVO archive and the United Nations Archives and Record Management Services.

Rosensaft said he was struck by the exhibit’s large focus on UNRRA’s contributions, rather than more heavily leaning on the experiences of those in the DP camps.

Jonathan Brent, YIVO CEO and executive director, told JNS that while he isn’t a religious man, he recited the Shehecheyanu blessing, a common Jewish prayer to celebrate special occasions, upon seeing the exhibit for the first time.

“The Jewish people survived, and they more than survived. They succeeded. They had dreams and hopes that nothing in history, nothing in our 3,000-year history, can erase,” Brent said. “There is a permanent life spirit in the Jewish people that will prevail.”

Tuesday’s opening featured a number of speakers, including Brent; YIVO Board member Deborah Veach, who was born in Foehrenwald Displaced Persons Camp; former YIVO Board member Max Gitter, who spent time as a young child in Ainring and Lechfeld Displaced Persons Camps, the exhibit’s co-curator Deborah Dwork, who directs the Center for the Study of the Holocaust, Genocide, and Crimes Against Humanity at the Graduate Center—CUNY; and U.S. Deputy Ambassador to the U.N. Christopher Lu.

Rosensaft said the exhibit sheds light on the truth that the Holocaust didn’t end in 1945 with the liberation of Europe.

“Life for Europeans, especially those from Eastern Europe and Central Europe, had been completely destroyed. And it was in the displaced persons camp that they came back to life, that they were able to reorganize themselves politically, find themselves emotionally and spiritually and start over again,” he said. “And so having that here in the United Nations and having the international community understand that there was a very painful but also invigorating process that took place over the years following the end of the war, is important.”

The exhibition displayed facts and artifacts from UNRRA, a brief but groundbreaking effort led by the U.S., which served as the first multinational refugee response of its kind.

“The U.S. played a critical role in the founding of this relief administration, which helped so many displaced people after World War II,” Lu told JNS. “It’s a powerful reminder that these issues about displaced people continue to exist today. We have more displaced people, refugees in the world than we’ve ever had before.”

Lu said listening to those who survived the Holocaust and made it through the DP camps “brings to life the photos and letters in the exhibit, to hear firsthand from the children who grew up in these camps and what their life has become because of the assistance of the people in the United Nations as well as the United States.”

After WWII, displaced persons camps were established in Germany, Austria and Italy, primarily for refugees from Eastern Europe and for the former inmates of the Nazi concentration camps.

The exhibition runs through Feb. 23. Entrance to the United Nations Visitor Center in New York is free.