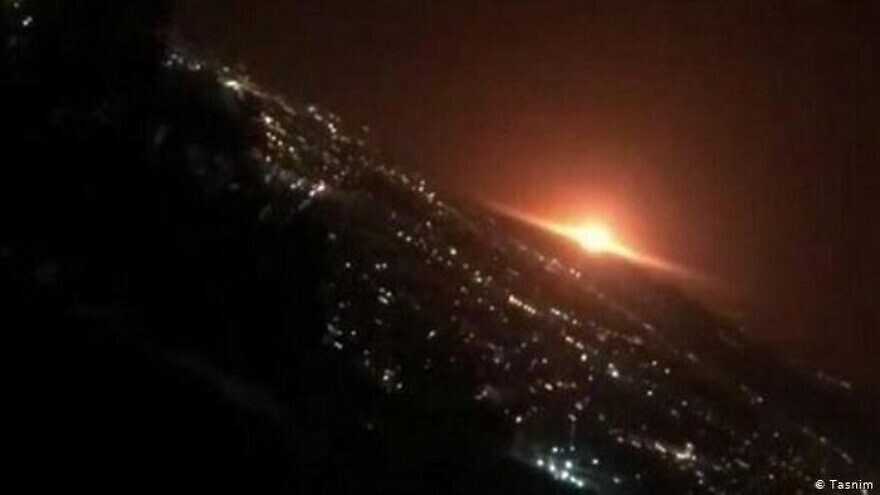 (May 26, 2022 / Israel Hayom) An explosion at Iran’s Parchin military base has left two people dead and several others wounded, the country’s media reported Thursday.

The Tasnim News Agency cited Iranian officials as saying that an “industrial accident” had taken place in one of the facilities on base. Other Iranian media outlets reported that an explosion took place at the heart of the military compound, killing two “military experts.”

The Intellitimes intelligence blog cited media reports alleging that the explosion was the result of a drone strike.

Parchin is a large military complex located about 30 kilometers, ab0ut 20 miles, southeast of Tehran. It is closely linked to the Islamic Republic’s missile program and is also believed to house sites associated with Iranian nuclear weapons.

While Iran denies any nefarious activity is taking place at the complex, it consistently denies International Atomic Energy Agency inspectors access to the site.

A massive blast rocked the Parchin base on June 26, 2020. The Iranian Defense Ministry said at the time that there had been an explosion at a gas storage facility in the “public area” of Parchin, not the military site.