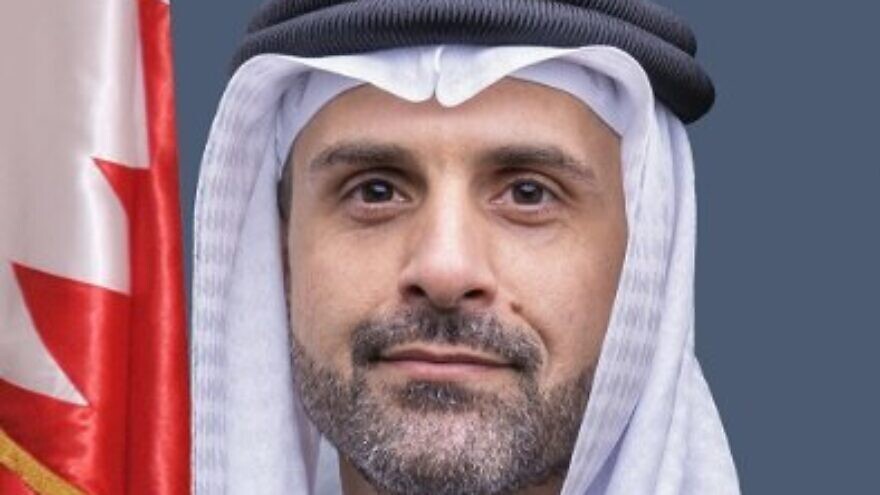 (August 31, 2021 / JNS) Khaled Al Jalahma, the first-ever Bahraini ambassador to Israel, kicked off his tenure on Tuesday with a trilingual social-media post.

“I am honored to announce that I will be arriving in Tel Aviv today to begin my post as #Bahrain’s first Ambassador to #Israel,” Al Jalahma tweeted in Hebrew, Arabic and English.

Bahrain officially appointed Al Jalahma to the role at the end of June, with King Hamad bin Isa Al Khalifa issuing a royal decree. Al Khalifa reportedly wished Al Jalahma—who had been serving as director of operations at Bahrain’s Foreign Ministry and was previously deputy chief of mission at Bahrain’s embassy to the United States—success in promoting the message of peace and tolerance.

Al Jalahma’s arrival comes a year after the establishment of the Abraham Accords—agreed to by Israel and the United Arab Emirates on Aug. 13, 2020 and then officially signed on the White House lawn on Sept. 15, with Bahrain becoming a signatory. The normalization deal between the Jewish state and these Gulf neighbors was soon followed by agreements with the Muslim-majority countries of Sudan and Morocco.

In the past year, Bahraini and Israeli officials and members of the business community have been engaged in cooperation efforts. Earlier this month, for instance, secretary-general of Bahraini Supreme Defense Council Sheikh Abdulla bin Ahmed Al Khalifa paid an official state visit to Israel, where he met with Israel Defense Forces Strategic Planning and Cooperation Directorate head Maj. Gen. Tal Kelman.

During his visit, Al Khalifa also met with Israeli President Isaac Herzog in Jerusalem, to whom he said: “When you look at the crises in the Middle East, you can see Iran’s fingerprints everywhere.”