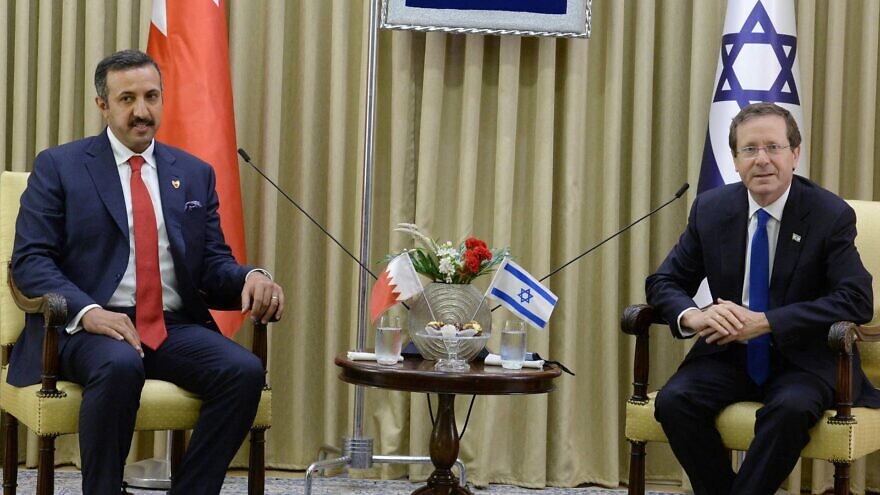 (August 9, 2021 / JNS) A senior Bahraini official criticized the 2015 Joint Comprehensive Plan of Action (JCPOA), better known as the Iran nuclear deal, on Sunday, saying it had “fueled crises across the Middle East.”

Speaking during a press briefing in Jerusalem, Sheikh Abdulla bin Ahmed Al Khalifa, Bahrain’s undersecretary of the Ministry of Foreign Affairs for Political Affairs and deputy secretary-general of the Supreme Defense Council, said that his country had hoped the JCPOA “would open up a new page for Iran and the region,” reported Ynet.

Instead, “it has increased the number of refugees that have fled into Europe. It has caused more instigation of extremism and hatred in many different regions across the Middle East,” he said. “I did not see a single positive thing coming out of this agreement.”

Al Khalifa referred to Iran’s attempts to destabilize Bahrain, where a Sunni royal family rules over a Shi’ite Muslim majority (Iran is a Shi’ite Muslim country). Iran, he said, supports extremists and engages in the smuggling of drugs, weapons and explosives, and blamed the Islamic Republic for the deaths of dozens of Bahraini civilians and security personnel.

The Gulf states have conveyed their concerns regarding the region to the Biden administration, he added.

“The nuclear deal focused only on the nuclear issue, but ignored other issues that troubled the region,” said Al Khalifa. “When you look at the crises in the Middle East, you can see Iran’s fingerprints everywhere. Unfortunately, the agreement did not address Iran’s aggressive behavior and its ballistic-missile program.”

Al Khalifa, who is responsible for relations with Israel at the Bahraini Foreign Ministry, arrived in Israel on Sunday for a four-day working visit. This is his third visit to Israel, according to the Israeli Foreign Ministry.

Al Khalifa met with Israeli President Isaac Herzog on Sunday. He is scheduled also to meet with the prime minister and foreign minister, as well as visit the Israel Defense Forces.