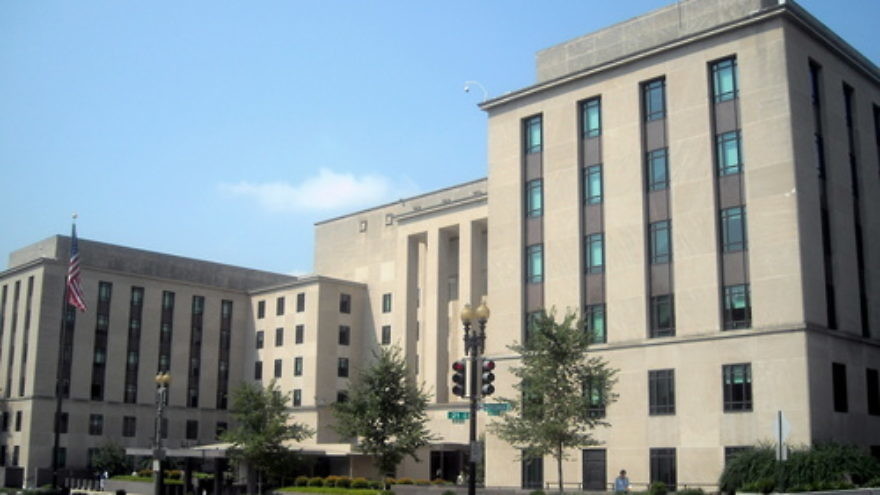 (April 6, 2020 / JNS) For the first time ever, the United States has designated a white-supremacist group as a terrorist organization.

The U.S. State Department on Monday designated the Russian Imperial Movement (RIM) as a Specially Designated Global Terrorist (SDGT) group, making it illegal for any American to engage in any transactions with the group and freezes any assets the group has in the U.S. marketplace. The penalties can also include travel bans and apply to non-Americans.

“These designations are unprecedented,” said Nathan Sales, the State Department’s Coordinator for Counterterrorism, in announcing the designations. “This is the first time the United States has ever designated white-supremacist terrorists, illustrating how seriously this administration takes the threat. We are taking actions no previous administration has taken to counter this threat.”

Most of the persons and entities on U.S. terrorism blacklists are affiliated with radical Islam or separatist movements.

RIM, which is relatively small, is accused of providing “paramilitary training to neo-Nazis and white supremacists in Russia and elsewhere from two camps it runs in St. Petersburg, according to U.S. officials,” reported the Associated Press, adding that in 2016 the group allegedly “trained two Swedes who later carried out a series of terrorist attacks in the Swedish city of Gothenburg, including bombing a cafe and attempting to bomb a campsite housing refugees.”

The office of Rep. Max Rose (D-N.Y.), the chair of the Homeland Security Subcommittee on Intelligence and Counterterrorism, applauded Monday’s move.

“As chair of the Homeland Security Subcommittee on Intelligence and Counterterrorism, Congressman Max Rose has been the leading voice in calling for violent foreign white supremacists to be labeled as the terrorists that they are,” said a spokesperson for Rose, who is currently deployed with the National Guard to help with Staten Island’s coronavirus response.

“Congressman Rose has continued to publicly make the case that making such an historic designation was merited, necessary and justified,” continued the spokesperson, who noted that it was just a first step. “The threats these groups pose are real, global in nature, and this designation gives our law enforcement the tools necessary to protect our homeland.”