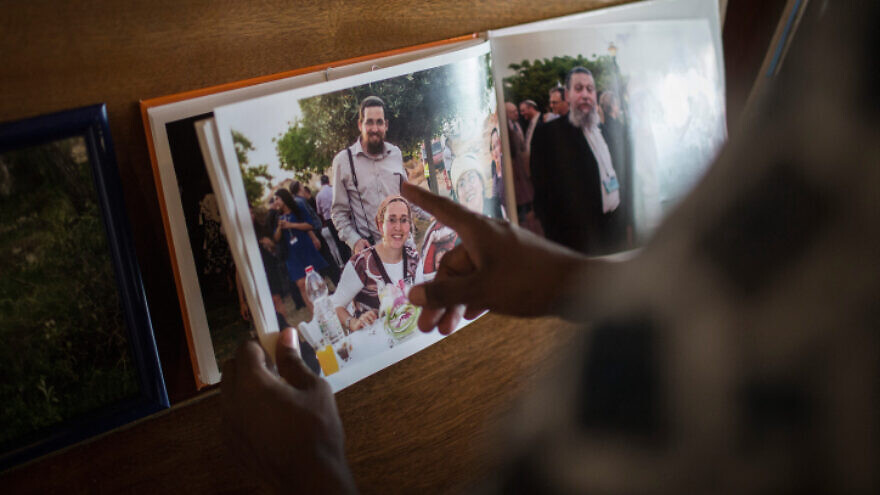 Friends and family look at pictures of Eitam and Na'ama Henkin, an Israeli couple shot and killed in Itamar, at their shiva in Jerusalem on Oct. 7, 2015. Photo by Hadas Parush/Flash90.
Spread the word.
Help JNS grow!
Share now:

(July 15, 2021 / JNS) A U.S. federal court found the Iranian banks—Merkazi, Melli and Saderat—liable for the murder carried out by Hamas against U.S. citizens Eitam Henkin and his wife Na’ama in 2015.

Stein Mitchell Beato & Missner and MM LAW LLC won the court battle on Monday with a finding by the U.S. District Court for the District of Columbia that Syria, Iran, the Islamic Revolutionary Guard Corps, the Iranian Ministry of Intelligence and Security and three Iranian banks were liable for the terror attack.

This marks the first time that the courts have found Iranian banks Markazi, Melli or Saderat liable for a terror attack by a foreign terrorist organization against a U.S. national.

The Henkins were driving in Israel’s Judea and Samaria with their four children—then aged 9, 7, 4 and 10 months—when Hamas terrorists attacked them and killed them in front of their children. The children survived because their parents fought with the armed terrorists to save their lives.

The orphaned youngsters and the estates of their parents filed suit in 2019 under the terrorism exception to the Foreign Sovereign Immunities Act, a law used by U.S. victims of attacks by foreign terrorist organizations and their close family members to bring claims against state sponsors of terrorism, government agencies and any commercial instrumentalities of those states. None of the defendants responded to the lawsuit.