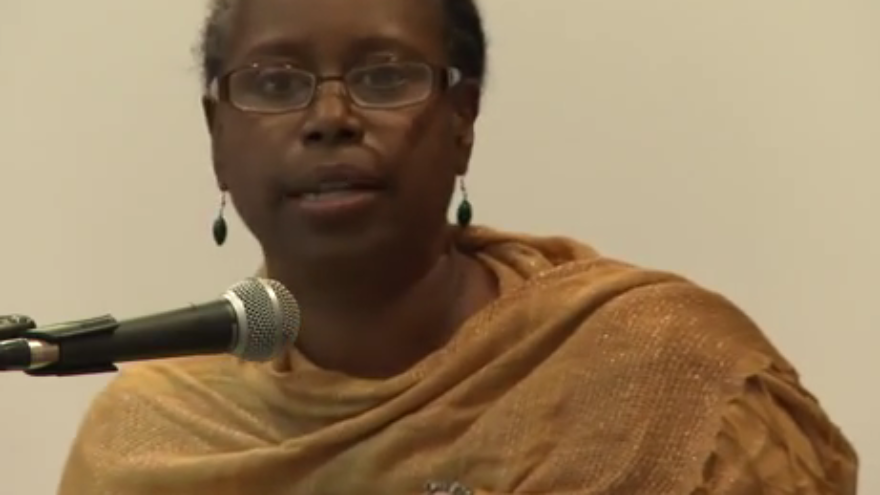 Though the specific tweet has been removed from Twitter, after intervention from the American Jewish Committee, as it “violated Twitter rules,” McKinney is still on the platform.

“Twitter’s tardy recognition that Cynthia McKinney’s tweet was anti-Semitic is deeply disappointing. AJC contacted Twitter several times after the tweet with its despicable image was first posted yesterday by the former congresswoman. Removing it from the platform should not have taken the social media company more than a day,” said Kenneth Bandler, AJC’s director of media relations. 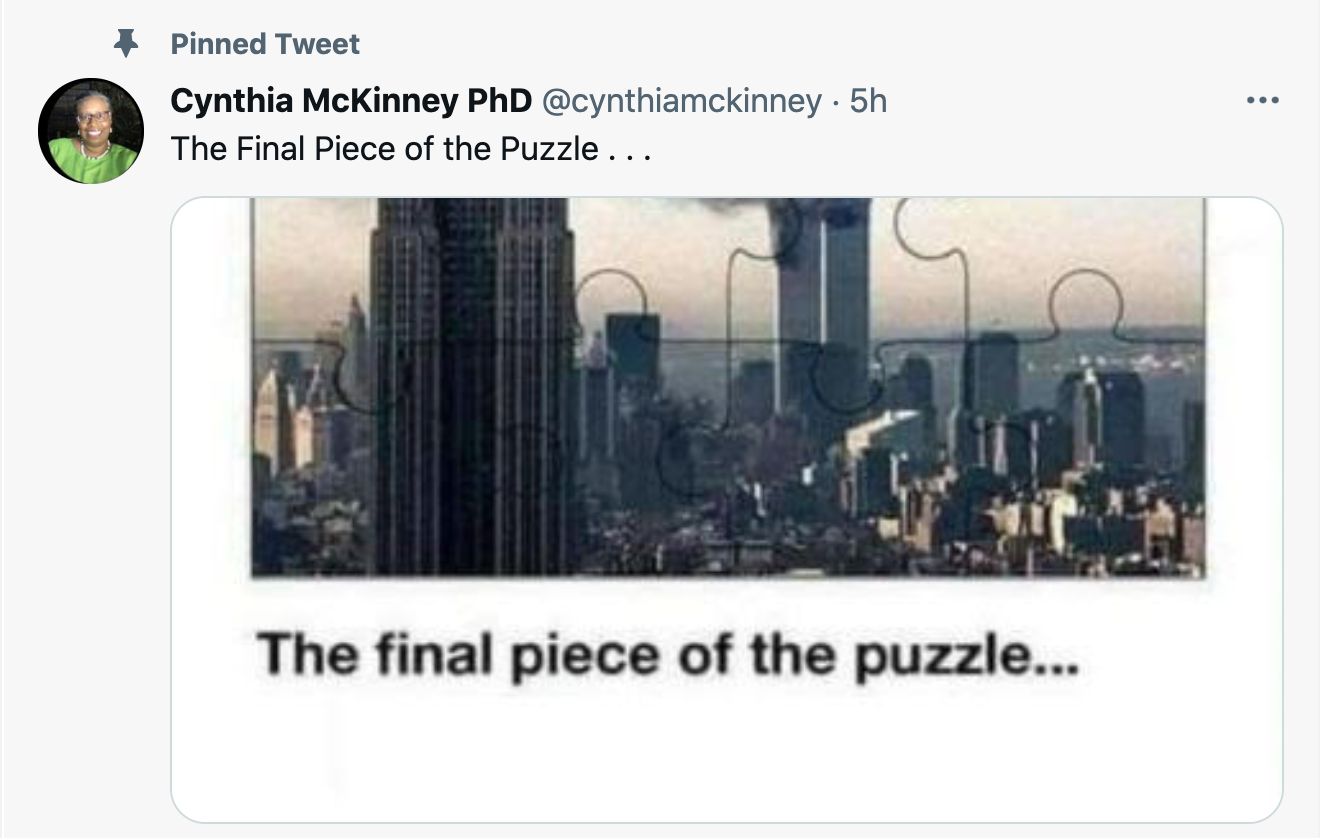 He added that the group gave Twitter its “Translate Hate” resource guide “for identifying anti-Semitic words and images, and will continue to work with Twitter, as it does with several social media companies, to better address anti-Semitism on the platform.”

“This is hate in its purest most despicable form. It is outrageous that @Twitter allows this anti-Semitic conspiracy on its platform!” Rabbi Rick Jacobs, president of the Union for Reform Judaism tweeted.

While the Anti-Defamation League tweeted, “Former US Rep. Cynthia McKinney continues to repeat an offensive #antisemitic trope falsely blaming Jews/Zionists for the terrorist attacks on 9/11. This isn’t the first time she’s propagated hate and conspiracy theories, but it should be the last.”

The post was one of several anti-Semitic tweets from McKinney recently. Others included references to Israel killing Palestinian children and to governments whose “central bank is owned by the Rothschild conglomerate” which eludes to the old canard that Jewish banks run the world.

McKinney has long been a critic of Israel and the Jewish people. In the past she has claimed that members of Congress support Israel because they were being given money to do so and that Israel has committed war crimes.