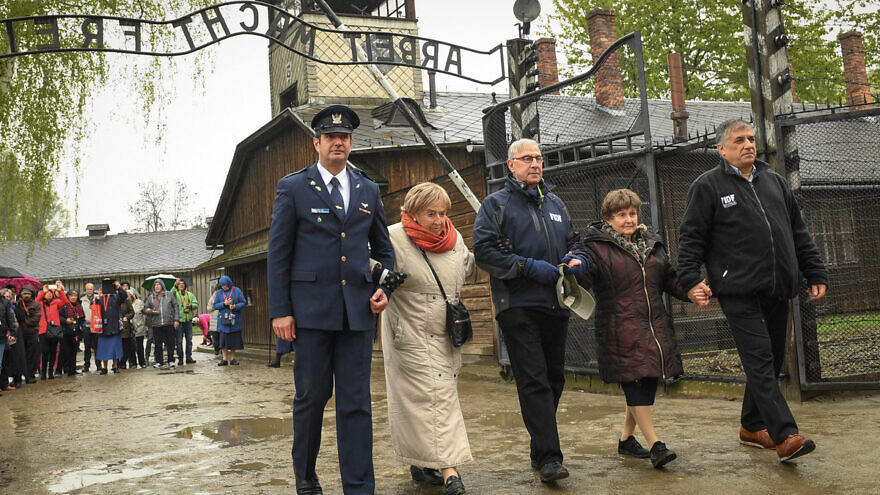 Many annual missions to Poland and Israel this year, including the FIDF-sponsored “From Holocaust to Independence”—part of FIDF’s Witnesses in Uniform Program—have been postponed due to the worldwide coronavirus pandemic.

This year marks the 75th anniversary of the liberation of the concentration camps and the end of World War II. The Yom Hashoah ceremony honors the memory of those who perished during the darkest days of the Jewish people and pays tribute to those who survived to make a better world for all.

Holocaust survivor Bronia Brandman, 89, of New York, served as the keynote speaker for the online event.

Brandman was born in Jaworzno, Poland, and watched as two of her sisters were sent to the gas chambers at the death camp. Except for an older brother and a cousin, who also live in the United States, her entire family perished in the Holocaust.

In 2017, she returned to the grounds of Auschwitz-Birkenau for the first time since the Red Army liberated the camps in 1945.

Cpt. Sara, granddaughter of a Holocaust survivor and a past participant in the FIDF “From Holocaust to Independence” mission to Poland and Israel, also spoke during the virtual presentation on April 21, as did FIDF chairman Rabbi Peter Weintraub, FIDF president Bobby Cohen, and FIDF national director and CEO Maj. Gen. (Res.) Meir Klifi-Amir.

FIDF launched “FIDF Engage,” a free, virtual event series and online portal, to provide official information for and connection with IDF soldiers and Israeli officials amid the COVID-19 outbreak.