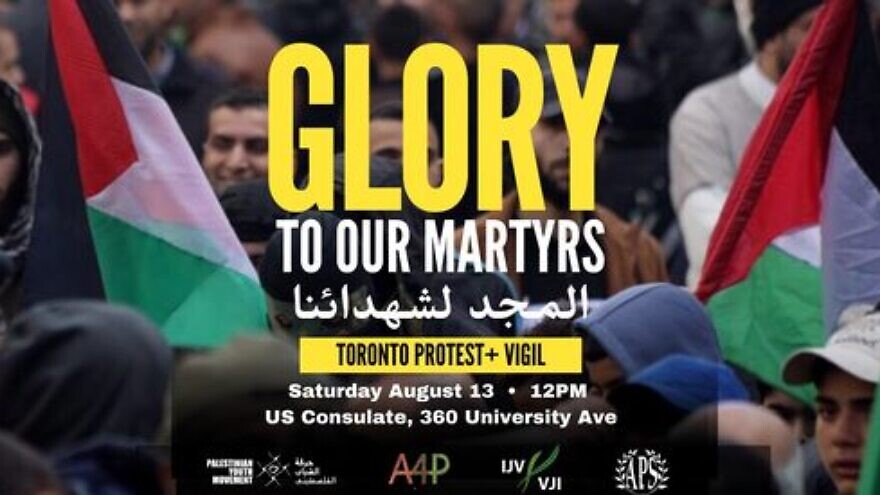 (August 11, 2022 / JNS) Officials from the Friends of Simon Wiesenthal Center in Canada have written to the leaders of two Montreal schools, McGill University and Concordia University, asking them to defund student groups that are participating in an anti-Israel rally there.

Similar rallies are expected to be held in Vancouver (Aug. 11) and Toronto (Aug. 13), with another slated for Los Angeles on Aug. 11 and Houston on Aug. 14.

In a Facebook post promoting the event, members of the McGill solidarity group wrote: “Montreal-emergency protest to honor the martyrs of Gaza. Over the past few days, Zionist aggression has escalated, with the killing of over 44 Palestinians and countless injured across Gaza.”

They continued: “Despite the ruthless attempts to break Palestinians’ collective spirit, the latest war has been named ‘The Unity of All Fronts.’ It is in this spirit of unity that we call on the Montreal community to march against Zionist aggression and honor our martyrs,” adding that “until full liberation and return, the struggle continues.” 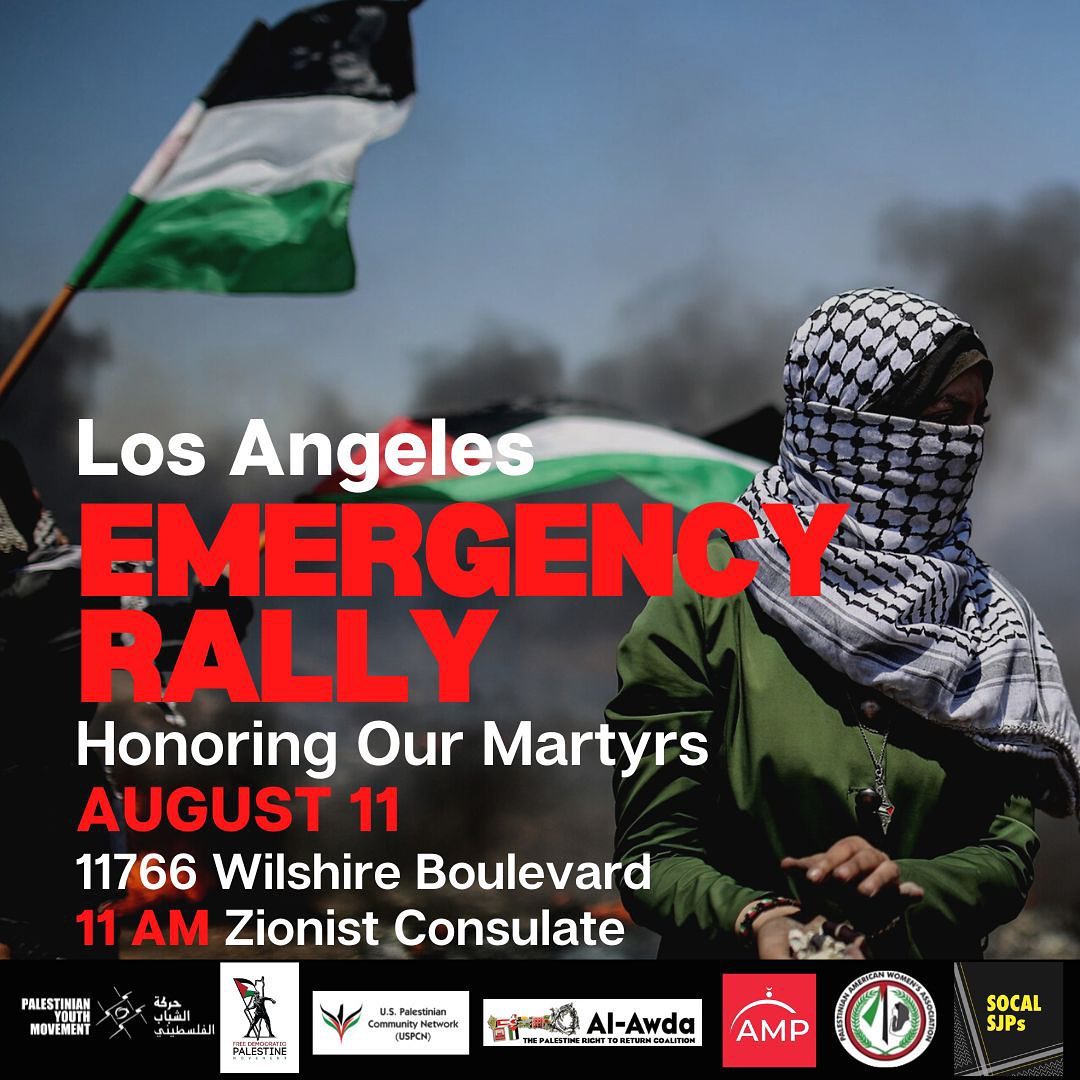 A rally called “Glory to Our Martyrs” is scheduled for Los Angeles on Aug. 11, following Israel’s conflict with Palestinian Islamic Jihad in the Gaza Strip from Aug. 5-7, 2022. Source: Screenshot.

There was no mention of the 1,100 rockets fired by Palestinian Islamic Jihad in the Gaza Strip towards Israel from Aug. 5-7, many of which fell short of their target, killing and injuring residents of the coastal enclave, including children.

In a letter to the vice chancellors of both McGill University and Concordia University, the director of policy at FSWC, Jaime Kirzner-Roberts, wrote: “We have seen SPHR clubs hint at support for terrorism against Israel in the past, but never in such a blatant and frightening fashion. How is a Jewish student supposed to feel safe on campus when a student group is celebrating terrorists who have murdered Jews?”

She urged the university administrators to “strip SPHR [Solidarity for Palestinian Human Rights] of its club status and right to use the university name in order to protect the safety of Jewish members of the community and to send a message, loud and clear, that hate speech and glorification of violence are totally unacceptable and will not be tolerated on campus.” 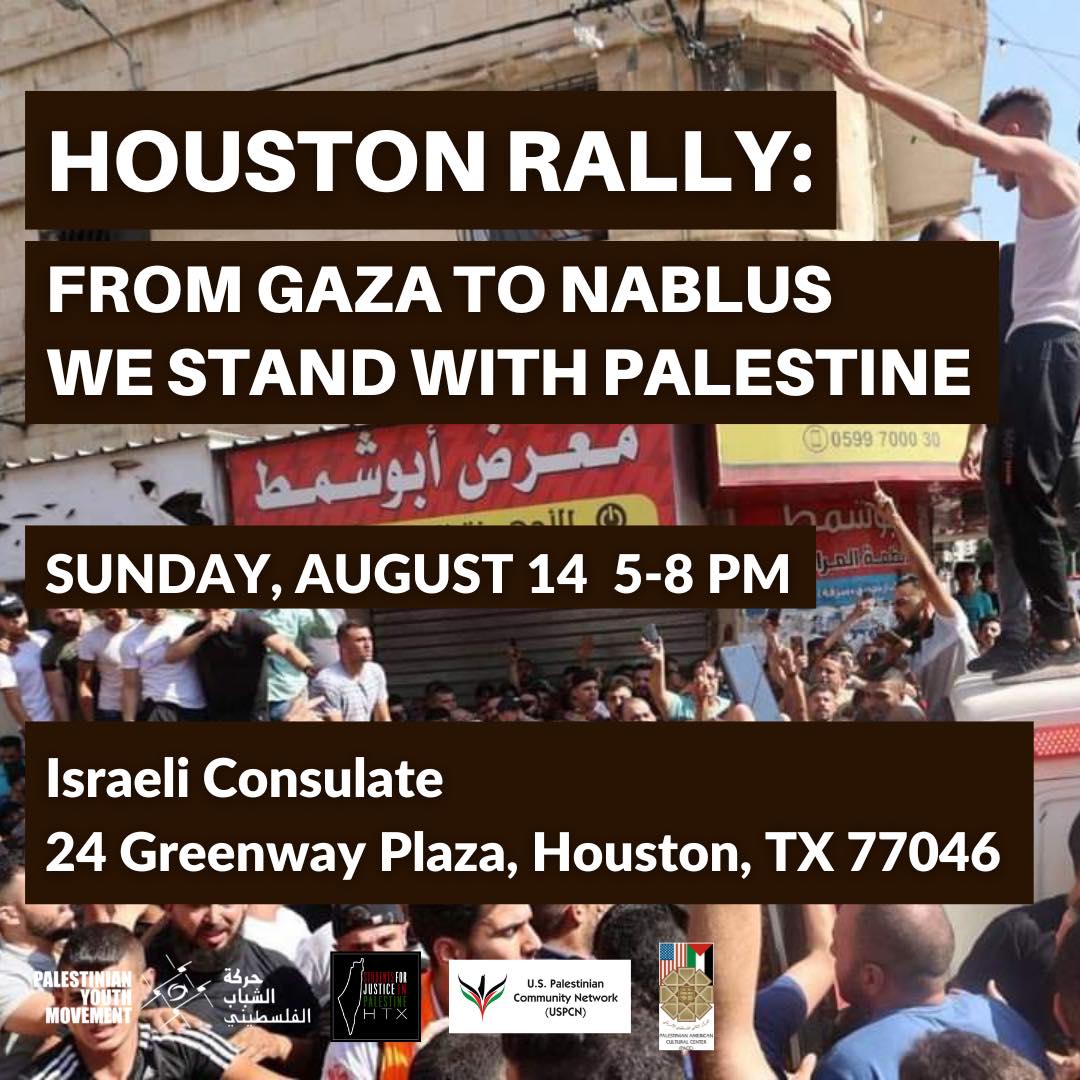 A rally called “Glory to Our Martyrs” is scheduled for Houston on Aug. 14, following Israel’s conflict with Palestinian Islamic Jihad in the Gaza Strip from Aug. 5-7, 2022. Source: Screenshot.
Republish this article in your newspaper or website