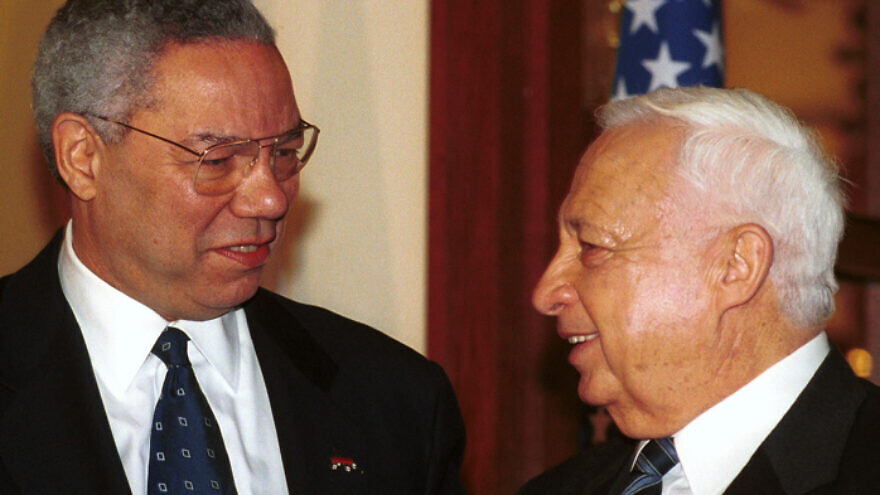 (October 18, 2021 / JNS) Israeli Defense Minister Benny Gantz expressed sorrow over the death of Colin Powell on Monday, stating, “The world has lost a great American statesman and military leader, Colin Powell. Not only was he a patriot and a professional, but also a pioneer—the first African-American to serve as U.S. chairman of the Joint Chiefs of Staff and as Secretary of State.”

Powell was also the first African-American Secretary of State and a former national security advisor.

Gantz added that he was “honored to have met him on several occasions in Washington. Time and again, he demonstrated that his support for the U.S.-Israel alliance was unwavering. On behalf of Israel’s defense establishment, I express gratitude for his legacy and send my condolences to his loved ones.”

Former Prime Minister Benjamin Netanyahu tweeted: “I send my deepest condolences to the family of Colin Powell and to the American people. Colin Powell served his country with great dedication, and we will always remember his friendship to the State of Israel.”

Similarly, the Israeli embassy called Powell a “dedicated leader who inspired many.”

“A true civil servant, Secretary Powell served in both Republican and Democratic administrations, putting dedication to his country before everything else. He set an example for those who would follow in his footsteps, becoming the first Black secretary of state and chairman of the Joint Chiefs of Staff,” the statement said.

The embassy added that his commitment to Israel and to the Jewish community will be “deeply missed.”