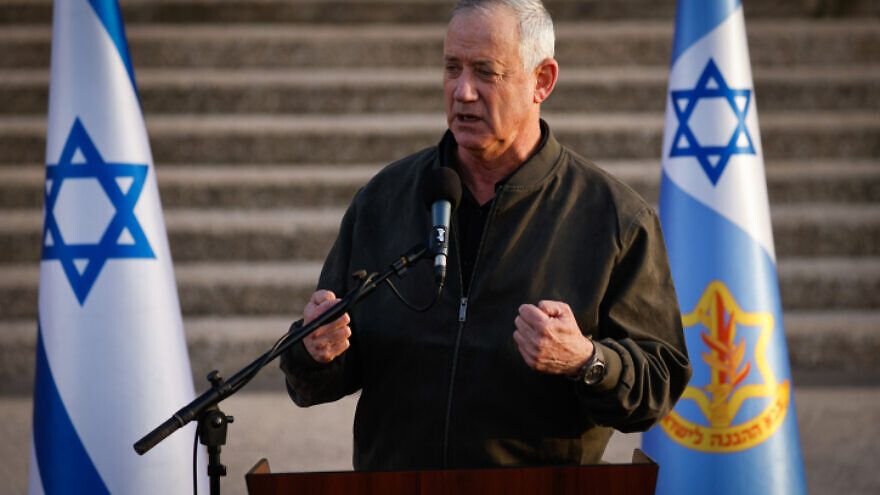 (April 17, 2022 / JNS) Israel’s defense minister has decided to lift the security closure imposed on Judea and Samaria on Friday and Saturday during the intermediate days of the Passover holiday, his office announced on Saturday night.

The decision was made in line with recommendations by security agencies, according to the statement, which added that the situation would be assessed on an ongoing basis.

During that consultation, “The defense minister expressed his appreciation for the accurate and extensive activity conducted throughout the weekend in all sectors, by all security forces,” according to the statement from Gantz’s office.

Gantz stressed during the meeting that Israel “will continue to act against terrorism in a focused manner and block anyone who seeks to disturb the public order,” while at the same time “underlining the importance of the continued safeguarding of freedom of worship and [the Palestinian] economy,” the statement added.

On Thursday evening, following a security assessment, Gantz had ordered a security closure on Judea and Samaria and the closing of all crossings between Israel and Gaza, which lasted from Friday afternoon to 12 a.m. Sunday.