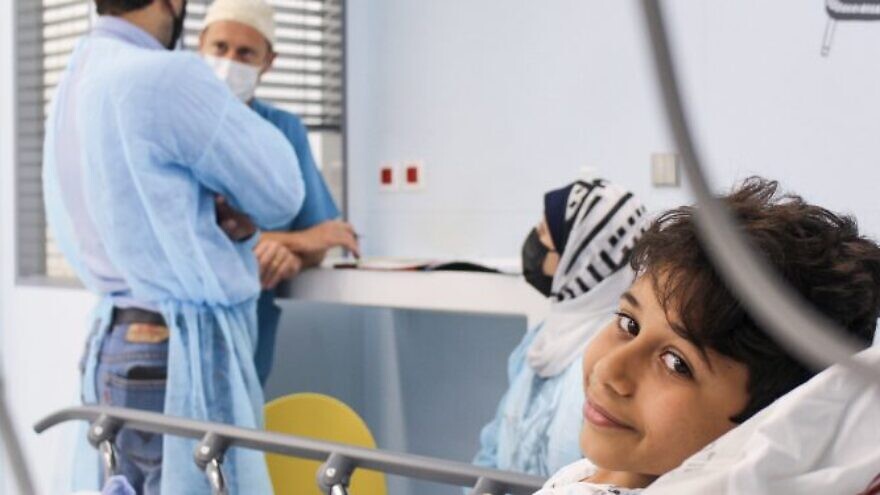 (December 13, 2021 / Israel Hayom) Mazen, an 11-year-old boy from the Gaza Strip, this month became the 6,000th child saved by the Israeli humanitarian organization Save a Child’s Heart (SACH), with support from the German foundation Ein Herz für Kinder.

Shortly after Mazen was born, doctors in Gaza diagnosed him with a complicated congenital heart condition that would require multiple medical procedures. As Mazen grew older, he began having difficulty breathing. To survive, he needed emergency surgery.

There are no centers for interventional cardiac treatment in the Gaza Strip, and the caseload of patients in critical condition has worsened under the COVID pandemic. Two Gaza-based doctors—Abdalraheem Said and Hany al-Faleet—are responsible for screening pediatric cardiac patients from the southern part of Gaza at the European Gaza Hospital.

“A major challenge for us is that we are not only responsible for ‘doing the medicine,’ but for helping patients cross borders for care,” said al-Faleet, who referred Mazen to his Israeli partners at Save a Child’s Heart in Holon, Israel. 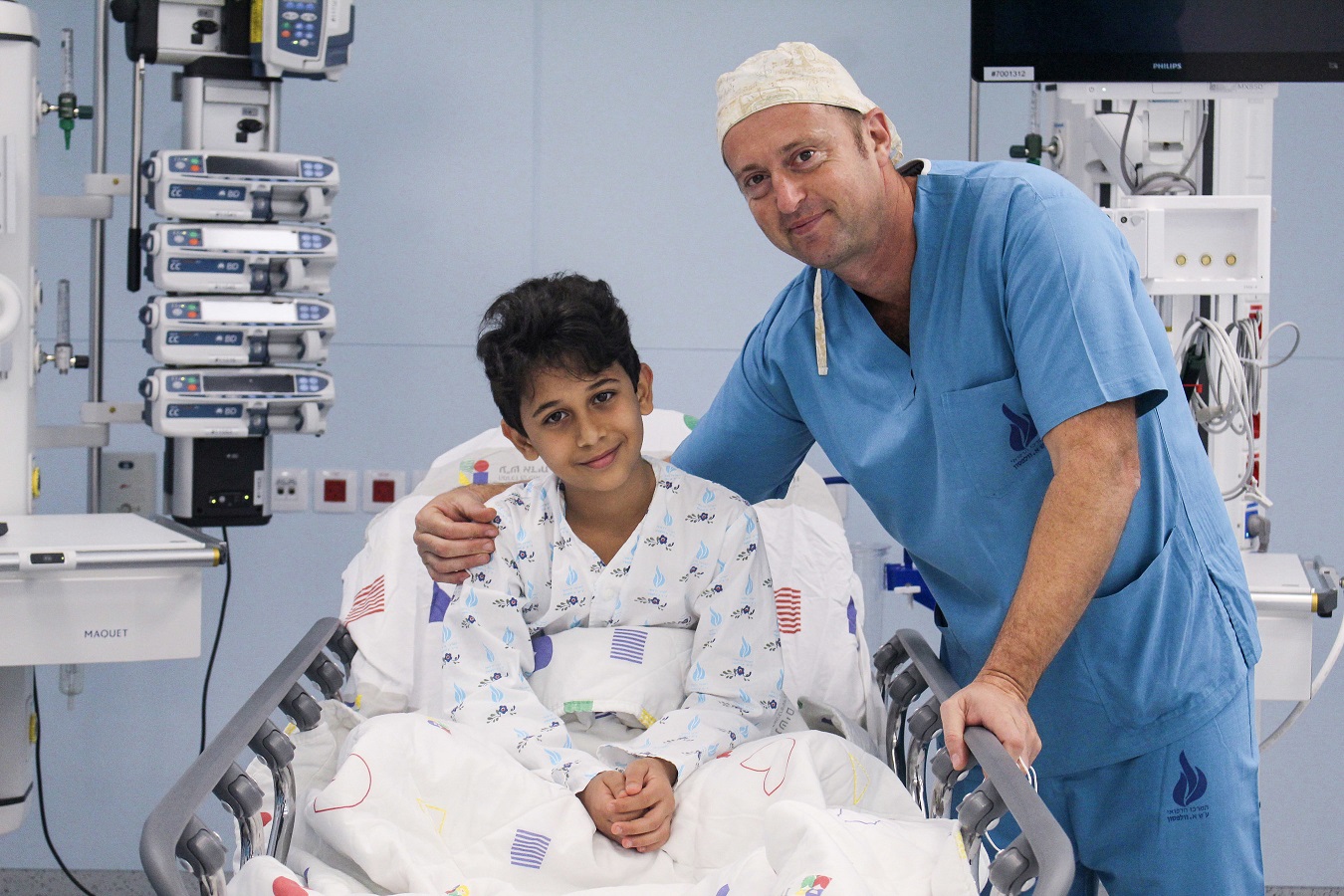 Mazen and Dr. Sagi Assa, who performed his life-saving catheterization. Credit: Save a Child’s Heart.

In Israel, Mazen was treated at the SACH International Pediatric Cardiac Care Center at the new Sylvan Adams Children’s Hospital at Wolfson Medical Center. Upon arrival, Mazen was examined by Dr. Alona Raucher-Sternfeld, director of pediatric cardiology, and then treated in the center’s catheterization lab by Dr. Sagi Assa, head of the Interventional Pediatric Cardiac Care Unit.

Assa and his team are pioneering the use of closure devices that enable complex cardiac catheterization procedures to close holes in hearts without the need for open-heart surgery. The SACH center and the Pediatric Cardiac Care Center are the only medical institutions in the region currently using this technique in cases such as Mazen’s.

The mission of Save a Child’s Heart is to improve pediatric cardiac care in developing countries around the world through surgery, medical missions and medical training. SACH has saved the lives of 6,000 children from 63 countries—50 percent of whom are Palestinian children from Gaza and the West Bank.

Each week, SACH holds a weekly cardiology clinic for Palestinian children at its facilities in Holon. In 2018, SACH received the U.N. Population Award in recognition of its role in helping transform pediatric cardiac care in Africa.