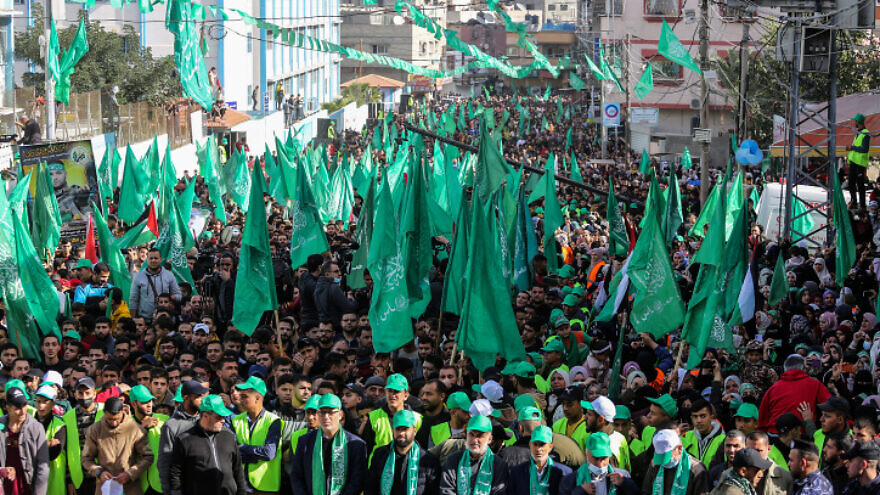 (October 20, 2022 / JNS) A Hamas delegation met with Syrian leader Bashar al-Assad on Wednesday in Damascus, in the latest bid by the Gaza-based Palestinian terrorist group to “turn the page” with the dictator, according to Reuters.

“We consider it a historic meeting and a new start for joint Syrian-Palestinian action,” said Hamas politburo member Khalil al-Hayya, according to the report.

“We agreed with the president [Assad] to move beyond the past,” he added.

Hamas’s relations with the Syrian regime broke down after its leaders officially endorsed the 2011 Sunni uprisings against Assad, and a year later abandoned their Damascus headquarters.

At the time, the move angered Shi’ite Iran, the patron of Assad, whose ruling Alawite religious group is a Shi’ite offshoot.

According to Reuters, Wednesday’s meeting was geared toward restoring Hamas’s place in the “axis of resistance,” led by Tehran and including its Lebanon-based proxy Hezbollah, and to counter the normalization of relations between several Arab states and Israel as part of the Abraham Accords.

Hamas previously mended ties with Iran, which provides arms and funds to terrorist groups in Gaza committed to Israel’s destruction.