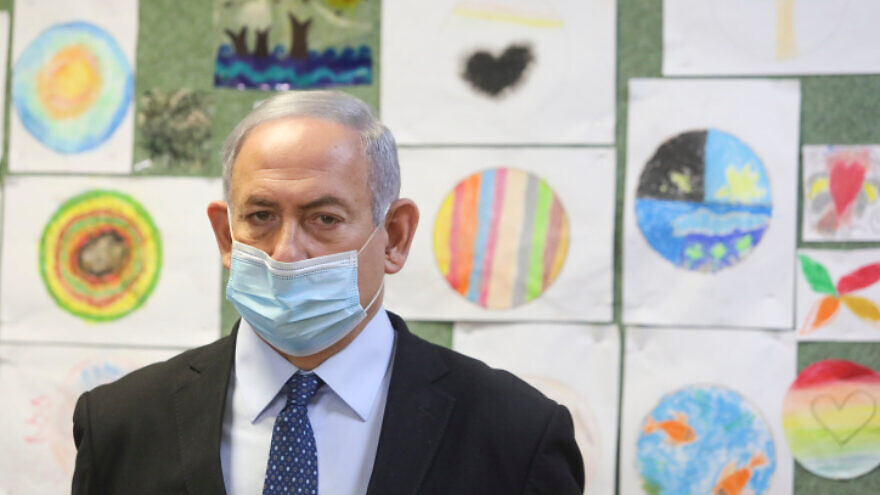 (September 7, 2020 / Israel Hayom) A group of haredi [ultra-Orthodox] leaders sent Israeli Prime Minister Benjamin Netanyahu a harshly worded letter on Sunday, warning him that they would not forgive him for casting the haredi community as “spreaders of disease.”

The letter, written by Beitar Illit Mayor Meir Rubenstein, Elad Mayor Yisrael Frush and Emmanuel Regional Council leader Eliyahu Gafni, stated: “We have all faced difficult battles, at home and outside, to take various steps to remove [COVID-19] carriers from our cities, carry out as many tests as possible, maintain social distancing, and locate and shut down places with potential to cause outbreaks. We have changed the equation by significant percentages, through personal initiative and by rebuilding trust that has been eroded at the national level.”

The letter goes on to accuse Netanyahu of not even attempting to understand the haredi community.

“As the person in charge of this crisis, you have never bothered to listen to us, to understand our distress or try to promote real initiatives to flatten the curve. You never gave us your ear or bothered to ask, understand or study what characterizes a sizable portion of the population in Israel,” the letter states.

The repeated, ineffective lockdowns on haredi cities had eroded the sector’s trust in the government, the leaders said.

“Time after time, you instated closure after closure on haredi cities. They never bore fruit, otherwise, we would all support them and do everything in our power to implement them. Every such closure led to a breakdown of trust and a move backward in terms of [people’s] willingness to contract the virus or uphold public-health regulations. When the barricades came down, we found ourselves back at the starting point,” they said.

The leaders accused Netanyahu of imposing selective punishment on the haredi public and warned him that there would be consequences.

“We inform you that the haredi public will not forget the wrong done to us. We will not forget who signed off, time after time, labeling us as ‘spreaders of disease’ and enemies of the people, on selective punishment for so many families in the Haredi sector,” the letter states.

“The decisions you made were without reason or public-health benefit and were aimed directly at the haredi public. We see you as the only person responsible for these punitive steps, for the disrespect to tradition and our [role] as legitimate citizens of this country. We cannot remain silent any longer,” says the letter.

Yehuda Shlezinger and Itsik Saban contributed to this report.