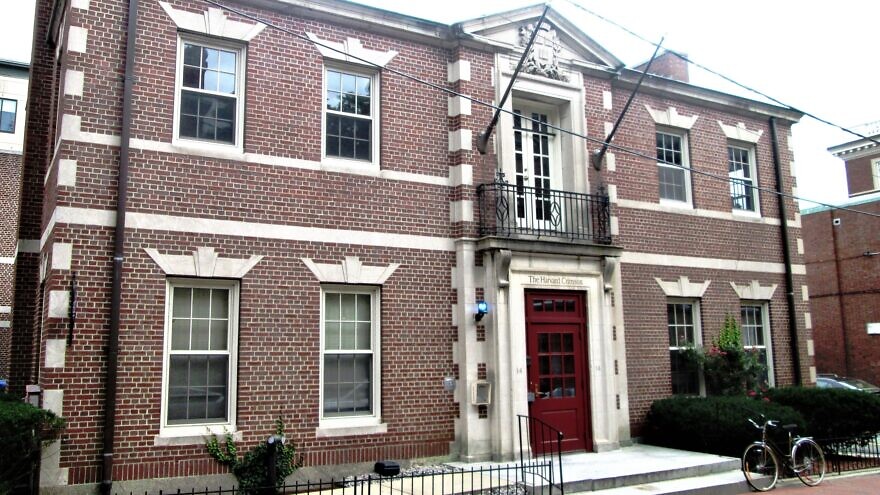 (May 2, 2022 / JNS) In an editorial last week, The Harvard Crimson announced its support for the BDS movement and a “free Palestine,” ending a 20-year legacy of opposition to boycotting Israel.

“In the past, our board was skeptical of the movement (if not, generally speaking, of its goals), arguing that BDS as a whole did not ‘get at the nuances and particularities of the Israel-Palestine conflict.’ We regret and reject that view,” the editorial board wrote in its article.

It added that “in the wake of accusations suggesting otherwise, we feel the need to assert that support for Palestinian liberation is not anti-Semitic. We unambiguously oppose and condemn anti-Semitism in every and all forms, including those times when it shows up on the fringes of otherwise worthwhile movements. Jewish people—like every people, including Palestinians—deserve nothing but life, peace and security.”

The editorial board, which at one point in the piece said “Israel remains America’s favorite first amendment blindspot,” praised the school’s Palestine Solidarity Committee for its “spirited activism,” noting that it has proven successful: It has forced our campus—and our editorial board—to once again wrestle with what both Human Rights Watch and Amnesty International  have called Israel’s ‘crimes against humanity’ in the region.”

The announcement was met with condemnation from Jewish groups and individuals.

“As a past Harvard visiting scholar, I am personally offended by the endorsement of The Harvard Crimson of a movement, which denies the Jewish people the right to a sovereign state. The BDS movement started before 1967 and seeks the destruction of the only Jewish state,” tweeted Rabbi Pinchas Goldschmidt, the chief rabbi of Moscow and president of the Conference of European Rabbis.