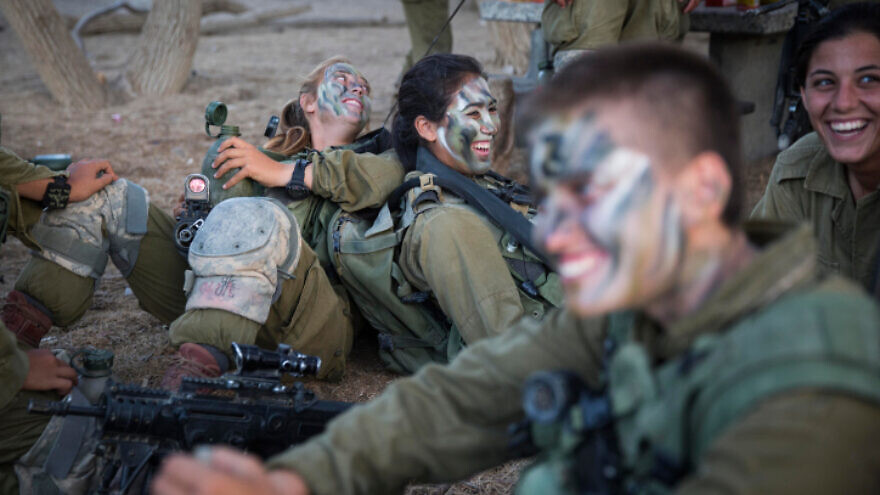 Soldiers of the IDF Caracal Battalion prepare before a 16 kilometer journey overnight to complete their training course, in Azoz village, southern Israel, near the border with Egypt, September 3, 2014. Photo by Hadas Parush/Flash90.
Spread the word.
Help JNS grow!
Share now:

(July 14, 2022 / JNS) The Israel Defense Forces announced on Wednesday that it has appointed the first woman to serve as commanding officer of the Caracal infantry battalion, a part of the Border Protection Corps. Maj. Or Livni will be promoted to the rank of Lt. Col., said the Israeli military.

Established in 2004, Caracal is the IDF’s first mixed-gender light infantry battalion, which unlike other infantry units that maneuver into enemy territory has a fixed sector it is designated to defend.

Soldiers complete four months of infantry training after their basic training and then become specialists in their sectors, gaining knowledge on the local terrain, communities and threats.

Every four to five months, the battalion heads out for training drills designed to boost the soldiers’ combat fitness, field abilities and marksmanship.

In June, IDF Chief of Staff Lt. Gen. Aviv Kochavi began a screening process for women soldiers who wish to serve in combat units previously only open to male personnel.

The units include the elite Unit 669 airborne combat rescue; the elite Combat Engineering Corps Yahalom unit, which specializes in engineering breaches and sabotage operations; and the Mobility Unit of the Infantry Corps.