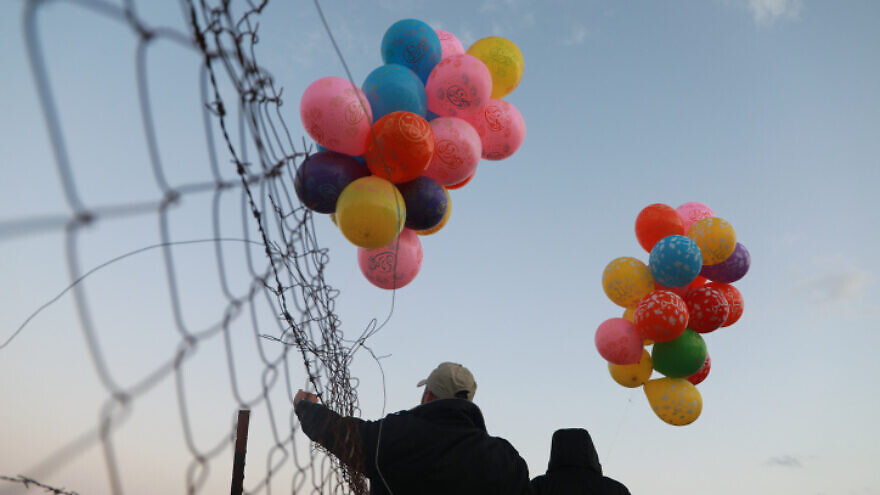 (January 26, 2020 / JNS) The Israeli military has been placed on alert in anticipation of the release of U.S. President Donald Trump’s Middle East peace plan, currently scheduled for Tuesday.

The Israel Defense Forces’ Central Command has already deployed six battalions to Judea and Samaria, according to an Army Radio report on Sunday, and IDF Chief of Staff Lt. Gen. Aviv Kochavi canceled a symposium on operational and combat systems upgrades that was to have been attended by all IDF brigadier generals.

Combat battalions have been attached to every regional brigade and are ready to activate within hours, to prevent attacks, fend off violent riots and protect Jewish communities, according to the report.

Meanwhile, the IDF struck Hamas several targets in the Gaza Strip on Sunday in retaliation for a slew of explosive-laden balloons launched into Israel in recent days.

One suspected bomb was neutralized by police sappers near Kibbutz Sde Boker earlier in the day. The device, attached to a bouquet of balloons, was found by the staff of the Midreshet Ben-Gurion School, who alerted the authorities, reported i24 News. The bomb was the second to be found in the vicinity of Sde Boker on Saturday.

Also on Saturday, an explosive device attached to balloons was identified in open territory next to Kibbutz Be’eri near the Gaza border.

On Thursday, Gaza-based terrorists launched another explosive device into Israel via balloons, this one attached to a bright orange soccer ball in an apparent attempt to tempt children to trigger the device. The device was discovered in an open area of the Sha’ar HaNegev Regional Council, according to The Times of Israel.