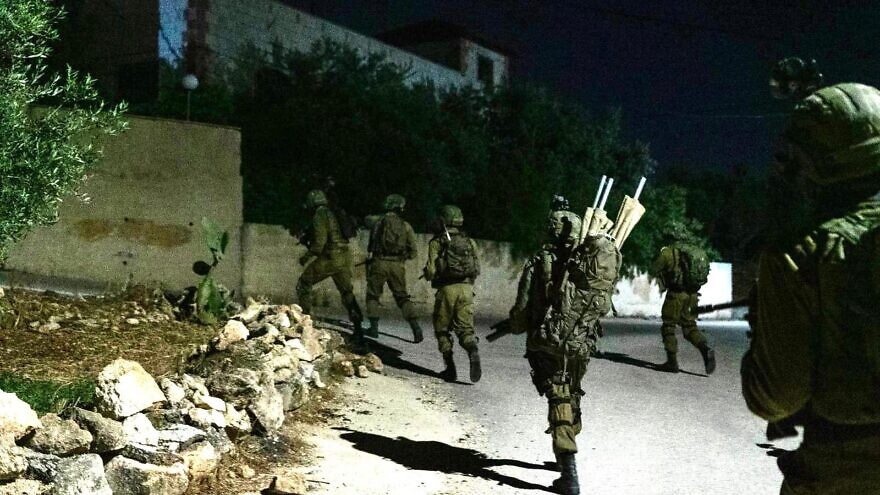 (May 8, 2022 / JNS) The Israel Defense Forces announced on Saturday that it had demolished the home of Omar Ahmed Yassin Jaradat, one of the terrorists involved in the December 16 shooting in Homesh, Samaria, which claimed the life of Israeli civilian Yehuda Dimentman.

The building, located in the village of Silat al-Harithiya in northern Samaria, was demolished in a joint operation of the IDF and the Border Police.

Also on Saturday, the IDF said it informed the families of two terrorists involved in the deadly April 29 shooting attack in Ariel that their homes would be demolished.

The families have the right to appeal the decision to Israel’s High Court, the military added.

Yousef A’ssi and Yahyah Maree were arrested on April 30 in their homes in the town of Qarawat Bani Hassan, near Ariel.

The terrorists gunned down security guard Vyacheslav Golev, 23, of Beit Shemesh, who had been stationed at the entrance to Ariel together with his fiancée, Victoria Fligelman of Ashkelon.