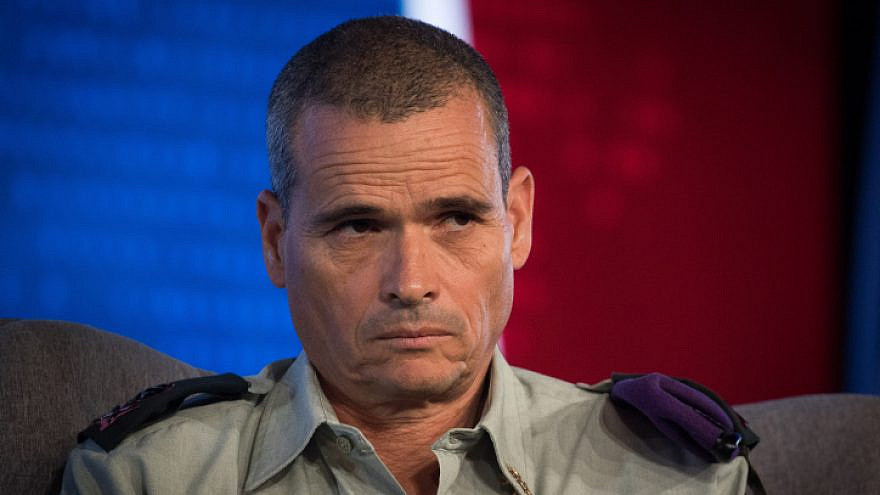 (December 23, 2020 / Israel Hayom) Maj. Gen. Yoel Strick, head of the IDF Ground Forces Command, was forced to pull out his sidearm on Tuesday after happening upon a violent demonstration in the capital by the extremist Jerusalem Faction.

Members of the haredi group protesting the arrest of a yeshiva student who did not report to the recruitment bureau to receive his deferment from service in the Israel Defense Forces, recognized Strick, surrounded his car and threatened him.

The group also blocked the entrance to the city.

Jerusalem District Police officers were able to rescue Strick, who did not fire his weapon at any point, and the other passengers in his vehicle. All were unharmed.

Five protesters were arrested on charges of disturbing the public order and attempting to block a major thoroughfare.

A message released by the protest organizers earlier on Tuesday read: “Masses of Jews are making their way to Jerusalem for a stubborn and uncompromised struggle demanding the release of the yeshiva student and canceling his mandatory service immediately.”

Former Defense Minister Avigdor Lieberman responded to the incident, saying, “Idlers who oppose recruitment are trying to harm an IDF general and everyone is silent.”

IDF Chief of Staff Lt. Gen. Aviv Kochavi’s bureau said in a statement that he “strongly condemns the wild behavior abandoning restraint towards the commander of the ground forces that took place today in Jerusalem.”

The statement continued: “General Yoel Strick has been working for decades for the protection of the state and its citizens, including protecting civilians from the group that used violence at the event over the years. The chief of staff strongly condemns and repudiates all forms of violence against uniformed men, who work day and night to protect the citizens of the country.”

According to a police statement, “Officers spotted protesters surrounding a military vehicle and attacking it. Officers immediately took action and extricated the vehicle from the crowd of protesters and the driver [Strick] continued on his way. The police will continue to allow the freedom of expression and the right to protest. However, we will not allow gross disturbances of the peace and violence.”