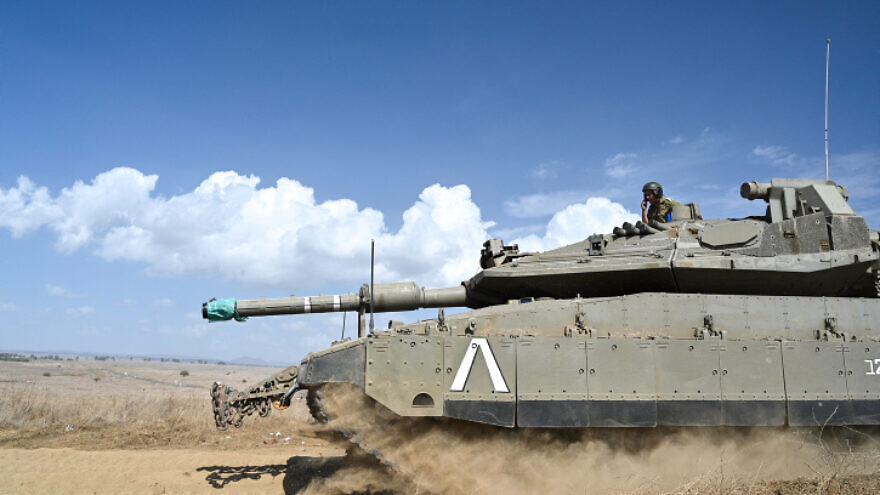 (January 6, 2022 / JNS) Israeli tanks fired warning shots near the Syrian border on Wednesday evening after “suspicious” activity was identified near Israeli troops, the Israel Defense Forces said in a statement.

According to the IDF, spotters identified a number of individuals at military outposts on the Syrian side of the border in close proximity to an IDF force operating in the area.

The IDF forces fired flares, after which the tanks fired the warning shots. The suspicious individuals retreated into Syrian territory, the military said.

Israel and Syria are separated by a 155-square-mile buffer zone, which lies in Syrian territory and is monitored by the United Nations.