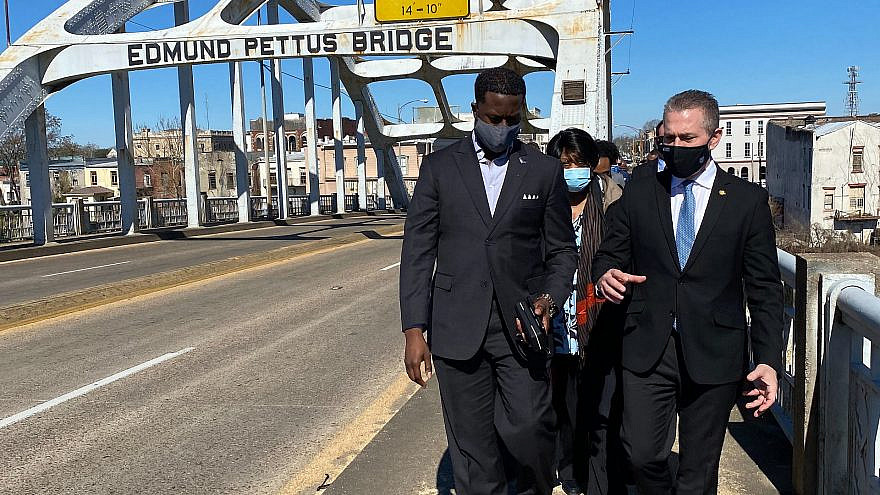 (February 24, 2021 / Southern Jewish Life) For his first American tour after being named Israel’s ambassador to the United States, Gilad Erdan said he wanted to make a “personal journey, listening and learning about the history and the incredible contribution of the African-American community to this country.” That led him to tour Charleston, S.C., and Montgomery and Selma, Ala., during a three-day visit that ended on Feb. 23.

“You can go visit museums and read books, but it won’t be the same as when you really hear the personal stories of people and their ancestors,” he said.

His visit was coordinated by the Philos Project, which “aims to promote positive Christian engagement in the Near East.”

In addition to Erdan, officials from the Philos Project and Consul General Anat Sultan-Dadon from the Israeli Consulate in Atlanta were part of the delegation. 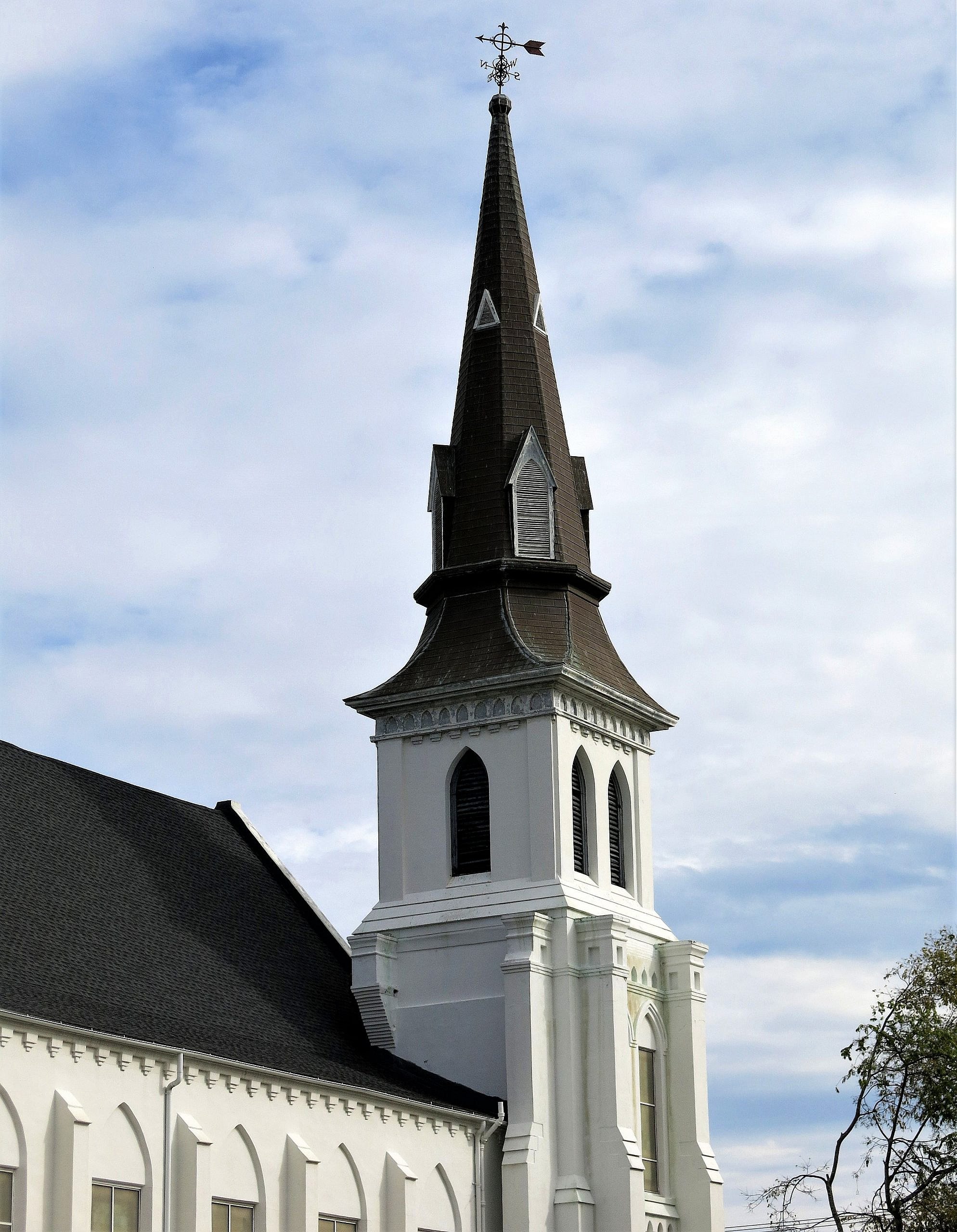 The journey began in Charleston with Erdan visiting the Emanuel African Methodist Episcopal (AME) Church, where a white supremacist killed nine people at a Bible-study class in 2015. “I was moved to hear about the community’s resilience following the terrible shooting” and how they offered support after the Tree of Life*Or L’Simcha Synagogue mass shooting in Pittsburgh in October 2018, related Erdan.

The church and the local Jewish community still participate in joint programs.

Among the stops was the McLeod Plantation Historic Site, where Erdan toured slave cabins and was struck by the impressions of child-size fingerprints in bricks made by enslaved children. “No one should suffer such inhumanity, anywhere, anytime,” he reflected.

At Magnolia Plantation, guide Joseph McGill responded to a question from Erdan by saying that slaves there “persevered so we could be here today and live the lives they couldn’t live, and tell the stories they couldn’t tell. We are their voices.”

Sen. Tim Scott (R-S.C.) welcomed Erdan to Charleston, and Mayor John Tecklenburg presented the ambassador with the key to the city in “a gesture of friendship and as a pledge of hope and future collaboration.”

“No one should suffer such inhumanity, anywhere, anytime.”

There were gatherings where a number of African-American leaders in Charleston spoke of their personal stories, and Erdan said a highlight was learning from Aunt Pearlie Sue, a Gullah-Geechee storyteller, who sang and spoke about the history of slavery and the struggle for freedom.

“We have a lot in common,” said the Israeli ambassador. “They too, like us, were persecuted and murdered, and their rights were denied for many years. I looked in their eyes when they told me how their family suffered and I saw their deep pain, and today I understand better their ongoing struggle for equality.”

He then continued on to Alabama, where he walked across the Edmund Pettus Bridge in Selma, the site of civil-rights confrontations in 1965 that ultimately led to the Selma to Montgomery March in 1965. “The events that took place on this bridge have inspired countless people in Israel and everywhere around the world. They have inspired me,” he said.

Selma Mayor James Perkins thanked Erdan for his visit, noting that the Israeli was helping Selma by bringing attention to the city’s story. He urged, “Let’s continue this conversation. It is a very important one.”

‘Listen, learn and connect with all parts of American society’

In Selma, Erdan said the Jewish and African-American communities have a lot in common, “as a community that holds the words of the Bible so close to its heart and has experienced extreme persecution and prejudice over many centuries, but remained resilient, and most importantly, hopeful.”

He also met with Ronnie Leet, coordinator of the Selma Jewish community that is now down to three members working to preserve their 121-year-old historic synagogue building.

In Montgomery, stops included the Rosa Parks Museum, the Equal Justice Initiative and the Lynching Memorial.

“Getting to know one another better will empower the holy struggle against racism and hatred.”

Erdan said the trip “moved me profoundly, and I hope it will allow me to better engage with the community and build stronger ties on behalf of the State of Israel.” His goal was “to listen, learn and connect with all parts of American society, and I believe that God guides us to these points in our lives.”

He recalled his bar mitzvah Torah portion, which included the section where God created humanity in his image, saying “the understanding that all people are created equal has guided me through my life.”

Added Erdan: “Uniting Jews and black Americans, and getting to know one another better, will empower the holy struggle against racism and hatred.”

During the visits, Erdan also met with Govs. Henry McMaster of South Carolina and Kay Ivey of Alabama, discussing “ways to increase cooperation between Israel and their great states.”

Ivey told him that since she visited Israel several years ago, “my Christmas and Easter celebrations have more meaning than ever.”

“Our connection with the African-American community must be strong and deep, and I believe it will have great meaning in the common fight against racism and anti-Semitism,” Erdan announced at the end of the trip. “I’ll do anything for this to happen.”