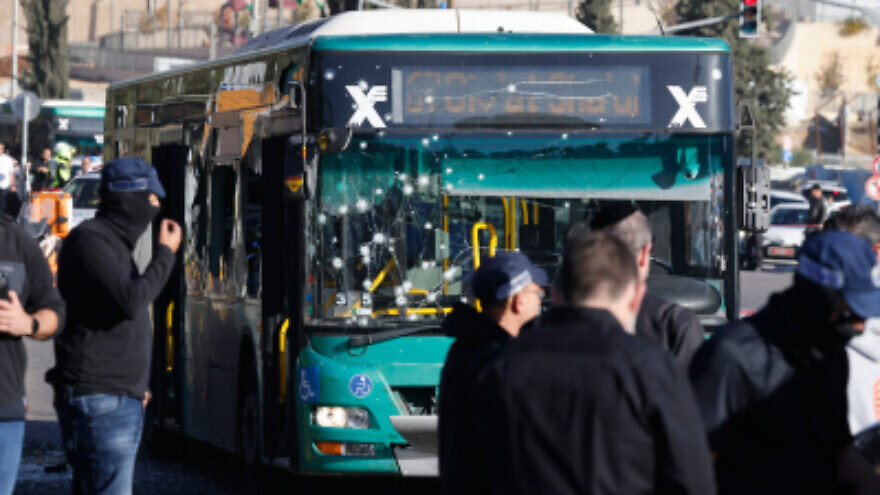 While most details remain under gag order, Israeli authorities cleared for publication on Thursday that the footage was genuine and was acquired by the Moses Staff group in what amounted to a significant security breach.

“Dark life: You will pay for the blood that has been shed. You will not have peace and comfort in the occupied territories of Palestine. We will determine your end. In addition, we formatted the hard drive of the cameras for you!” the group wrote on Thursday in a Twitter post in Farsi that contained a video with excerpts of the stolen footage.

“You don’t see peace anymore,” it added in both English and Hebrew.

According to reports, Moses Staff several months ago released footage from police cameras placed across Jerusalem and in Tel Aviv.

Sixteen-year-old Aryeh Shechopek was killed and more than 20 others wounded on Wednesday in two explosions at bus stops located near entrances to Jerusalem.

Authorities believe there were two remotely detonated bombs packed with nails to cause maximum damage.

Police described the explosives as “high quality” and suggested an organized terror cell planned and carried out the attack.