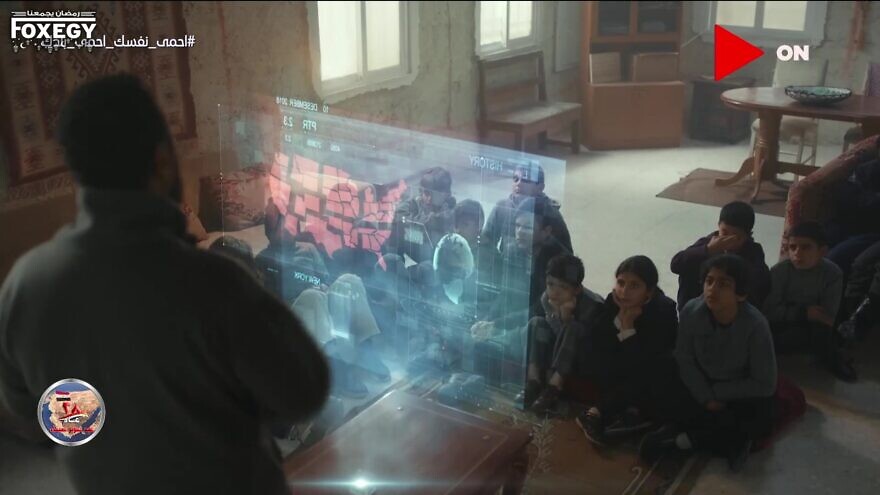 (April 27, 2020 / MEMRI) In the dystopian world of the new Egyptian science-fiction series “The End,” in the year 2120 the United States has collapsed into civil war, the Arab countries have destroyed their “sworn enemy,” Israel, and “unauthorized” learning is prohibited.

In the series premier, which aired on Egypt’s ON Network on April 24, the first day of the Islamic holy month of Ramadan, a man is shown teaching a group of children about the history of the 21st century. What used to be called the United States, he says, split apart into several warring countries, while what used to be called “the Arab countries” had destroyed Israel in the “Jerusalem Liberation War.”

The majority of the Jews in Israel, he goes on to explain, fled to their “original countries” in Europe and elsewhere.

An aircraft filled with futuristic soldiers then lands outside the building the lesson is being held in. The soldiers storm the building, and their commander informs the teacher that he has violated the decisions of the “Education Co. for Selective Teaching” and of the “legal administration of the holy city of Jerusalem.”

The commander further informs the man that he is being sentenced to banishment to “the radiation zones in West Africa.” When one of the children tries to run, the commander executes him.