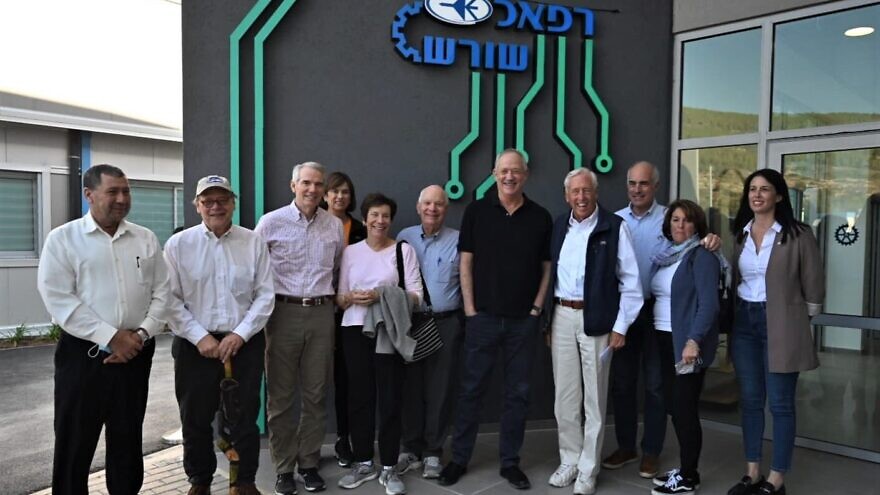 (November 9, 2021 / JNS) Israeli Defense Minister Benny Gantz met with a bipartisan delegation of U.S. Congress members on Tuesday in Shlomi, a town in northern Israel near the Lebanese border.

The meeting occurred at the newly unveiled Rafael Defense Systems’ factory in the area.

“We discussed the region’s most pressing challenges, starting with Iran and its destabilizing influence. We also reiterated the unwavering bond between the U.S. and Israel,” tweeted Gantz.

I was honored to meet with a bipartisan delegation of US Congress members led by @leaderhoyer & @senatorcardin. We discussed the region’s most pressing challenges, starting with Iran & its destabilizing influence. We also reiterated the unwavering bond between the US & Israel. pic.twitter.com/N1DiccYhRF

Earlier this month, Gantz spoke with his U.S. counterpart, Secretary of Defense Lloyd Austin, concerning Iran’s nuclear program and the threat it poses, where the two “agreed to meet soon to deepen our discussion on strategic issues and military cooperation,” according to Gantz.