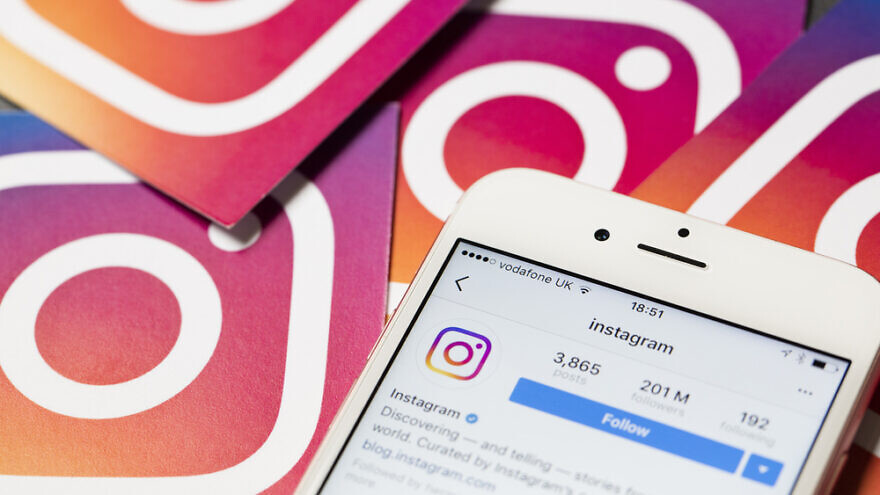 (March 25, 2022 / JNS) “We’re back”: After a four-day ban from the social-media platform, those words overlaid a picture of Within Our Lifetime (WOL) leader Nerdeen Kiswani in a March 13 Instagram post.

WOL’s detractors, who applauded Instagram’s decision to ban what they say is not only an anti-Zionist group but “an extremely anti-Semitic” one, said they were dismayed by what amounted to a wrist slap for WOL. Its account had been taken down after it posted a collage of terrorist women on March 8 in celebration of International Women’s Day.

Liora Rez, executive director of StopAntisemitism.org, told JNS, “I’m extremely disappointed. We have reached out to our contacts [at Instagram], and we have not yet received a reply as to why they were reinstated.” Rez’s group had been one of those petitioning to have WOL’s Instagram, Facebook and Twitter accounts taken down.

She said “we think behind the scenes, either CAIR [Council on American-Islamic Relations[ and possibly Palestine Legal, which works hand-in-hand with them, might have stepped in to get their accounts reinstated, perhaps under the guise of free speech. We do know for a fact that Nerdeen Kiswani is represented by Palestine Legal. So we think that’s what happened.”

Rez said that Instagram’s failure to respond to their requests for an explanation is “sadly, pretty standard. Social-media companies are notoriously known for not being transparent. Whether it’s watchdog groups like us, congressional members, law enforcement—it’s an ongoing battle with them. So we’re not surprised that this is happening, unfortunately.”

She said that although social-media companies have policy guidelines in place against promoting terrorism on their platforms, they ignore those guidelines or apply them sparingly. “This is a clear-cut example of their own internal failure of enforcing their own set policy,” she said. “It’s been a constant struggle getting them to enforce them.”

‘We view her as a dangerous individual’

Douglas Sandoval, a campus advisor at the Committee for Accuracy in Middle East Reporting in America (CAMERA), agreed, telling JNS: “We’ve seen time and again where these social-media companies don’t take a strong enough stance and lift the restrictions. I don’t think they care enough to understand what the issue really is. At the end of the day, they’re only doing what they feel is necessary to protect themselves. It’s self-preservation, essentially.”

Sandoval considers WOL particularly pernicious because it has found a way to influence campus groups from off-campus, acting as a kind of anti-Zionist think-tank, mentoring leaders of the anti-Israel group Students for Justice in Palestine (SJP) and imbuing them with still more radical, anti-Zionist ideas.

“They’re able to launch campaigns in the community and invite the campus organizations to take part,” he said. “They realized, ‘Why do we have to work under the auspices of a student government or an administration? Let’s not be accountable to anyone.’ That’s one way they get away with a lot more. If they were an SJP chapter, they would be kicked off campus.”

SJP, despite supporting BDS and being a controversial group itself, rejected Kiswani in 2015 as too radical. Sandoval said Kiswani has now become a popular guest speaker at SJP events.

Kiswani’s efforts are for the time being largely confined to New York, but she is a “rising star,” said Sandoval. A law student at City University of New York School of Law (CUNY Law), Kiswani led a successful effort in December 2021 to push a BDS resolution through the CUNY Law Student Government. The resolution accused Jewish campus groups, like Hillel, CAMERA and StandWithUs, of “surveillance, intimidation, harassment of Palestine solidarity activists on campuses.”

Rez said Kiswani harassed a Jewish student at the law school to the point where the victim left. (CUNY’s failure to adequately address the issue led the Zionist Organization of America to file a complaint under Title VI of the Civil Rights Act against the school.)

“This isn’t a woman who just stays online spewing her hate. Her hate transcends into the physical, everyday world. So we view her as a dangerous individual, a very questionable individual with questionable ties,” she said, noting that Kiswani has been photographed with terrorist Rasmea Odeh, who was convicted in two terrorist bombings in Jerusalem in 1969, one of which killed two Israeli students.

An online poll by StopAntisemitism.org in 2020 named Kiswani “Antisemite of the Year.”