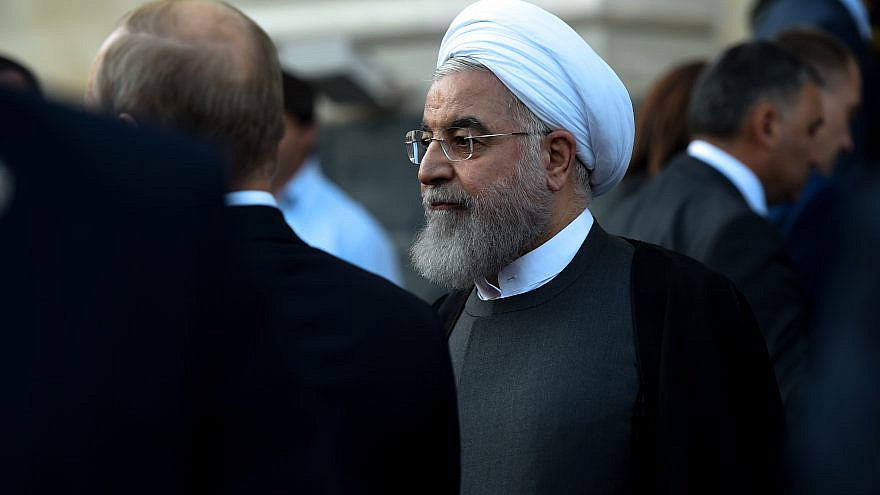 (July 15, 2021 / JNS) Iranian President Hassan Rouhani said on Wednesday his country was capable of enriching uranium to weapons-grade purity of 90 percent, if necessary.

“The Atomic Energy Organization of Iran can enrich uranium by 20 percent and 60 percent, and if one day our reactors need it, it can produce 90 percent enriched uranium,” Rouhani told a cabinet meeting, reported Iran’s semi-official Fars news agency.

“We could have done 60 percent [enrichment] before. Today, we can do 90 percent enrichment if we want to, but we are not seeking a nuclear bomb,” he added.

The nuclear deal that the United States is seeking to revive limited uranium enrichment to 3.67 percent.

Rouhani is set to end his term on Aug. 5 when Ebrahim Raisi takes over, though Supreme Leader Ayatollah Ali Khamenei has ultimate authority. Two senior Iranian officials told Reuters that Raisi would adopt a “harder line” in negotiations.

Meanwhile, the United States said on Wednesday that it would continue nuclear talks with Iran even after an Iranian plot to kidnap a U.S.-based journalist was revealed, reported Reuters.