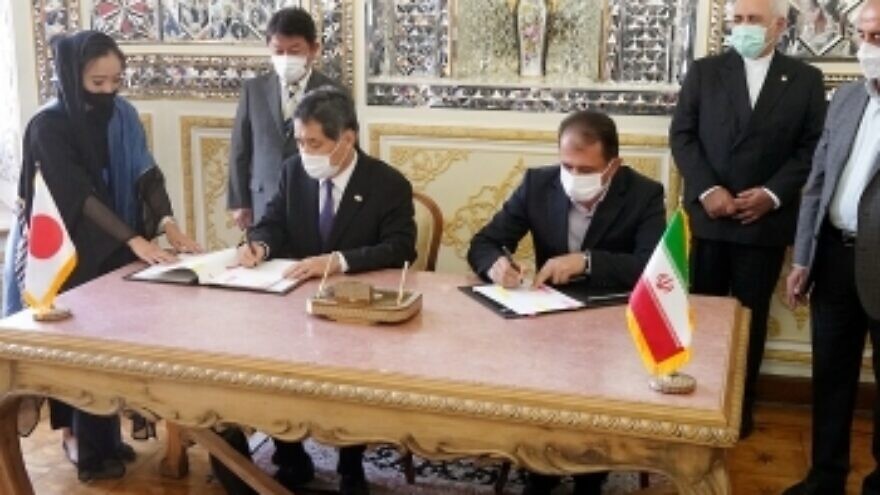 Iran has called on Japan to release billions of dollars frozen in the country’s banks due to United States sanctions, Reuters reported on Sunday.

The request followed Iranian President Ebrahim Raisi’s meeting in Tehran with Japanese Foreign Minister Toshimitsu Motegi, who arrived in Iran on Sunday for a two-day visit as part of a regional tour.

“The improvement of ties with Japan is of great importance for Iran … Any delay in unblocking Iranian assets in Japanese banks is not justified,” said Raisi in the meeting, according to the report.

Iran lost access to tens of billions of dollars in overseas assets, including $3 billion in Japan, when the United States withdrew from the 2015 Joint Comprehensive Plan of Action (JCPOA) nuclear deal between Iran and world powers in 2018 and re-imposed sanctions.

The sixth round of negotiations in Vienna over a possible return to the JCPOA concluded in June, and in July, Reuters reported that Iran would not resume the talks until Raisi’s government had had time to stabilize. Shortly after the sixth round of talks ended, Iranian Ambassador to the U.N. Majid Takht Ravanchi also said that Iran’s return to the deal would be conditional on the lifting of all sanctions and on the U.S. committing not to withdraw from it again.

A date has yet to be set for the start of the seventh round of negotiations, and when they do get underway, Raisi is widely expected to take a hardline stance.

During his meeting with Raisi on Sunday, Japanese Foreign Minister Motegi urged Raisi to return to the JCPOA, according to The Japan Times.

However, since the United States exited the JCPOA, Iran has taken a series of steps away from its commitments under the deal, casting doubt on its future.

The French Foreign Ministry warned on July 27 that Iran’s actions were endangering the possibility of a return to JCPOA and called for an “urgent” return to talks.

The statement said that this constituted a “key step in the development of a nuclear weapon,” a “serious violation” of Iran’s commitments under the JCPOA.

The statement also expressed concern at the fact that Iran had “significantly” limited IAEA access to its nuclear sites via withdrawal from the monitoring arrangements contained in the JCPOA and ceasing application of the Additional Protocol.

On July 14, the U.S. State Department announced that it had extended a waiver allowing Iran to use some of the frozen funds to settle debts in Korea and Japan, amid uncertainty over the future of the 2015 agreement, AFP reported.

The State Department also said that it had been allowing Japanese and South Korean companies to receive payments from U.S.-targeted Iranian accounts for exports shipped before enforcement of the Trump administration’s sanctions began in 2019.

A spokesperson for the State Department emphasized that the waiver did not allow the transfer of any funds to Iran, according to the report.
Republish this article in your newspaper or website