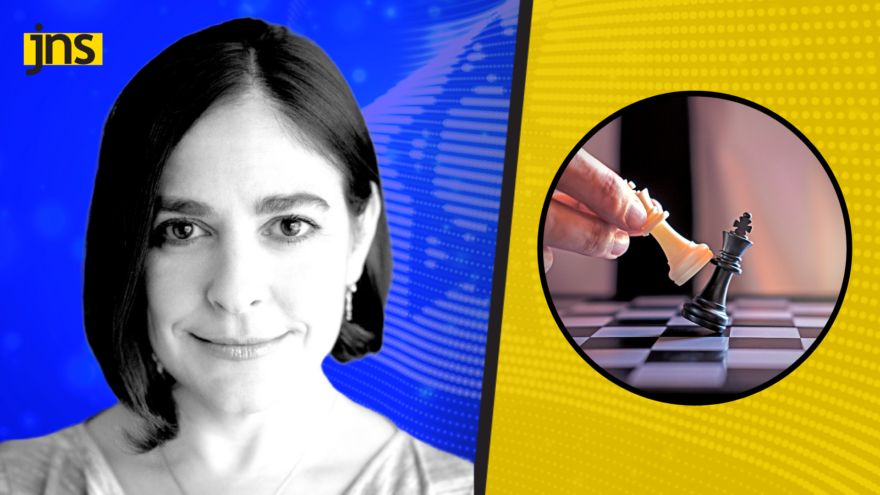 (January 24, 2023 / JNS) Over the past 30 years, to compensate for its loss of power at the ballot box, the left has transformed Israel’s legal fraternity into a means to control government policies and Knesset legislation, argues Caroline Glick on this week’s episode of “The Caroline Glick Show.”

By insisting that the opinions of legal advisors are binding on the government and Knesset, and by overturning or threatening to overturn both government decisions and laws, the attorney general, government legal advisors and the Supreme Court have managed to block successive Likud governments from advancing their policies across a wide spectrum of issues, she says.

Now, with Justice Minister Yariv Levin’s judicial and legal reform plan representing the first real threat to their grip on power, the legal fraternity and its supporters in the media and the partisan left are threatening to overthrow the government through a legal coup.

On the “Caroline Glick Show” this week, Caroline examines the issue from two directions. First, in her opening she discusses how the left is speeding into a head-on collision with the State of Israel. Responsible outsiders and the heads of the opposition, she says, must act responsibly to pull these out-of-control lawyers from the brink before they bring down the country. Continued American Jewish support for Israel’s legal fraternity serves only to pour kerosene on the flames, she says, adding that Jewish luminaries such as Alan Dershowitz and Abe Foxman should use their voices to chide the voices on the left and in the legal fraternity calling for and moving towards civil war.

Caroline speaks with Naomi Kahn, the head of the NGO Regavim’s International Division, about one of the critical areas that has suffered due to the stranglehold the radical left has on Israeli policy through the legal fraternity. Namely, the wholesale destruction of Jewish antiquities and heritage sites in Judea and Samaria conducted by the Palestinian Authority as an official policy.

The P.A.’s criminal efforts are guided and aided openly by the European Union and UNESCO, says Khan. She provides the grim details on the manner in which the P.A. and its allies are deliberately destroying the treasures of the ancient world to blot out Jewish history in ways even the Romans could never have cooked up.

If you want to understand the stakes of the current fight, and the toll the legal fraternity has taken on the record of Jewish history in Judea and Samaria—the cradle of Jewish civilization—you don’t want to miss this episode.