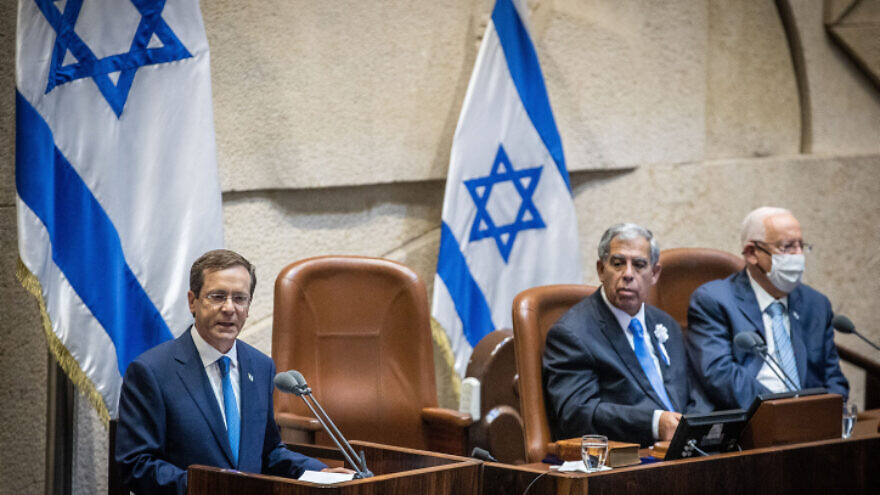 The ceremony took place at the Knesset in Jerusalem and marked the end of Reuven Rivlin’s seven-year term.

The 60-year-old son of the sixth president of Israel, Chaim Herzog, also served as the country’s ambassador to the United Nations.

He was sworn in using the same 107-year-old Torah that his father used, which has long been in the family.

In his inauguration speech, Herzog pronounced that he will be a “president for all” while warning that Israel’s “common ethos and shared values are more fragile than ever.”

He said that “baseless hatred, polarization and division are exacting a very heavy price … the heaviest price is the erosion of our national resilience. My mission, the goal of my presidency, is to do everything to rebuild hope.”

In his parting speech, Rivlin also urged Israelis to come together as one and rebuild civilian unity.

Herzog will not formally move into the president’s residence until after the observance of Tisha B’Av (July 17-18), the saddest day on the Jewish calendar, which is marked by a 25-hour fast. He is respecting the period of three weeks between 17 Tammuz and the ninth of Av, which is a time of mourning for the destruction of the ancient First and Second Temples, as well as other devastating events in Jewish history.