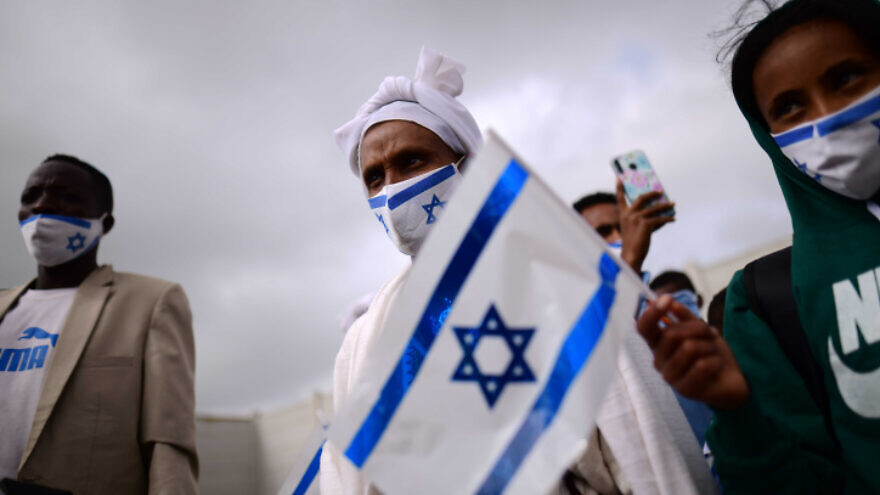 (November 29, 2021 / JNS) The Israeli Cabinet on Sunday approved the immigration of thousands of Ethiopians who have been waiting in Addis Ababa and Gondar for more than a decade to reunite with their families in Israel.

“Finally, parents, children, siblings and orphans will be reunited with their families after decades of waiting,” tweeted Immigration Absorption Minister Pnina Tamano-Shata on Sunday.

The plan, formulated by Tamano-Shata and Interior Minister Ayelet Shaked, involves the full implementation of government resolution 716 from 2015, along with the formation of a special team to evaluate the eligibility of those not covered by the resolution.

Resolution 716 sets various criteria for immigration eligibility, including having immediate family members already in Israel, and having joined the communities waiting in Addis Ababa or Gondar to immigrate by Jan. 1, 2010. Several thousand Ethiopians did immigrate following the passing of 716, but thousands still remained behind.

Tamano-Shata and Shaked had pushed to expedite the resolution’s full implementation in light of Ethiopia’s worsening civil war.

The Jewish Agency, Jewish Federations of North America (JFNA) and Keren Hayesod welcomed the Israeli move, with the J.A. announcing that it was “immediately” commencing implementation of the necessary groundwork.

“Upon arrival in Israel, the new olim [immigrants] will be quarantined in strict accordance with all Ministry of Health requirements,” the J.A. said in a statement.

“We applaud Minister of Aliyah and Integration Pnina Tamano-Shata for her tireless efforts to continue aliyah from Ethiopia, together with the Jewish Agency and the Ministry of the Interior led by Minister Ayelet Shaked,” said Acting J.A. chairman Yaakov Hagoel. “This government decision will put an end to the suffering of many families who will finally be reunited after years of waiting to make aliyah.”

Keren Hayesod World Board of Trustees chairman Steven Lowy said: “Keren Hayesod and our 60 campaigns around the world stand united with our strategic partners, the Jewish Agency for Israel, the government of Israel and the Jewish Federations of North America in working to bring thousands of Ethiopian Jews home to Israel, thanks to the government’s recent decision, which we applaud. We will work to ensure the safety of their aliyah, as well as their absorption in Israel. We will continue to make it a priority to safeguard the wellbeing and successful integration of olim into Israeli society.”