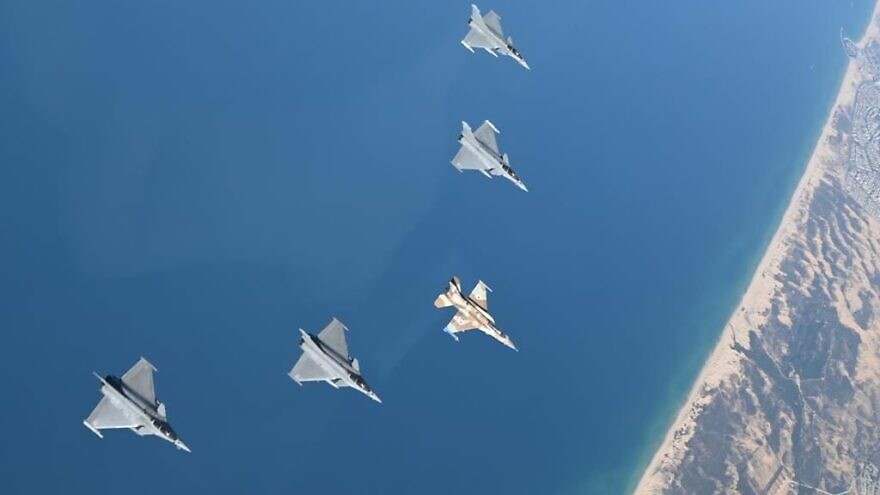 (December 7, 2022 / JNS) The Israeli and French Air Forces concluded the “Eastern Breeze” joint exercise in Israel on Tuesday, the Israel Defense Forces said in a statement.

French carrier Charles de Gaulle arrived in the Mediterranean Sea to take part in the drill.

Israeli and French air pilots flew side by side during the exercise, while rehearsing coordinated strikes and countering aerial threats, the statement said.

“Eastern Breeze” was described by the IAF as a “significant milestone” in the development of the Israeli-French strategic cooperation, and according to the IDF strengthened the forces’ preparedness.

Col. G. (full name withheld), commanding officer of the Ramon Air Force Base that oversaw the drill, stated, “Together, we conducted high-quality and challenging training that combined a number of elements, which resulted in improved proficiency on both sides and closer ties between the nations and militaries.”

The exercise is one of a series of international exercises and collaborations in recent weeks as part of a regular training plan for 2022, according to the IDF.

The Israeli and U.S. air forces participated in a two-day exercise in November simulating strikes on Iranian nuclear facilities.