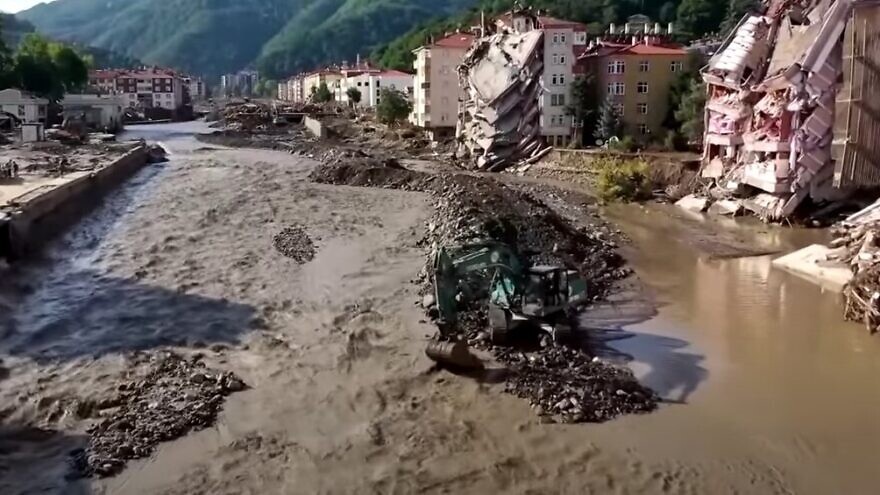 The aftermath of flooding in the town of Bozkurt in Turkey's Kastamonu Province in the Black Sea Region, August 2021. Source: Screenshot.
Spread the word.
Help JNS grow!
Share now:

Gantz said that a team from the IDF Home Front Command could also provide medical personnel and supplies.

At least 58 people have been killed by flooding in northern Turkey, and dozens more were missing as of Sunday afternoon.

The conversation lasted about 40 minutes. Herzog and Erdoğan reportedly agreed to bolster bilateral relations, stressing that ties between Israel and Turkey are of great importance to stability and security in the greater Middle East and that cooperation between the two countries had great potential, especially in the energy, tourism and technology sectors.