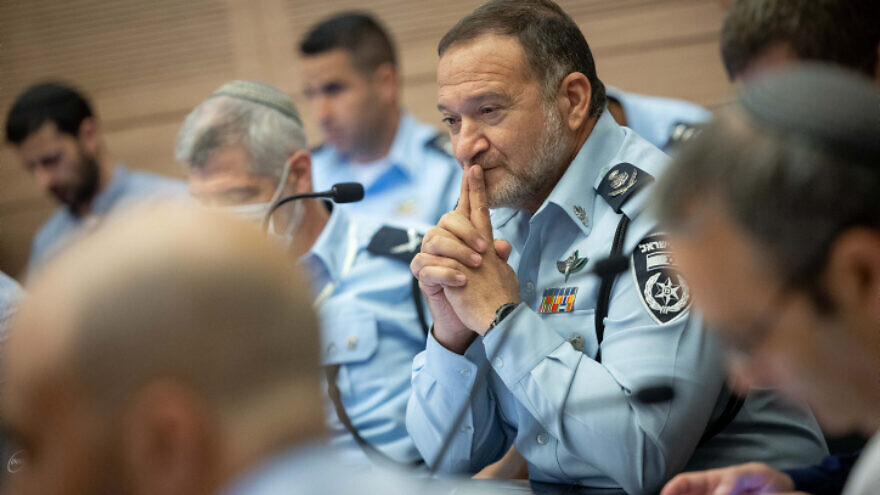 (July 18, 2022 / Israel Hayom) A record number of police officers have quit the force during the first six months of 2022, creating an unprecedented personnel crisis, according to Israel Police data presented last week to the Knesset’s Public Security Committee.

Additional data shows that the Border Police is facing similar issues: 71 Border Police officers resigned over the past six months, and 114 did so throughout 2021.

Addressing the members of the Public Security Committee, Police Commissioner Yaakov Shabtai warned that given that the number of officers who quit is expected to reach new highs by December, “We’re looking at a situation where in 18 months, the police as we know it could cease to exist.”

Much has been said about police officers’ wages, especially in the case of junior officers, and Shabtai has faced criticism for lobbying for a substantial wage increase for his officers.

Speaking before the committee, he strenuously rebuffed the criticism: “We’re not crying wolf and we’re not asking for spending money. This is about what’s good for the State of Israel and the public,” he asserted.

“Over the past year, we have experienced many security incidents that have undermined the public’s sense of security. There’s a never-ending accumulation of incidents and the Israel Police have been stretched to the limit. The price for that is burnout. We are approaching a situation where if an emergency happens—murder or rape—not only will we be unable to arrive within minutes, we may be unable to arrive at all,” he said.

“There is a direct correlation between the service conditions for police officers and the personal security of the Israeli public. In an emergency, seconds [count in being] able to prevent an incident or save lives. We are getting close to not being able to meet [the public’s] needs. If we don’t have enough officers to send [out on a call] it will end up costing lives,” warned Shabtai.

A senior police officer said that currently, the number of patrol officers, who shoulder the bulk of the daily operations on the ground, is down by 15%—625 officers below police standards.

“That’s an insane number. Some police stations are down by a third of their personnel,” he said.

Commander Boaz Goldberg, head of human resources at the Israel Police, told the committee that of the officers who resigned over the past six months, 31% (142) were patrol officers, 13% (58) were investigators, 11% (49) were Border Police officers, 7.5% (34) were detectives, 6% (26) were counterterrorism officers and the rest held other positions in the force.

An organizational survey found that 71% cited wages as the reason for their resignation, followed by professional burnout (49%), unreasonable workload (45%), long shifts (42%) and difficulty striking a work-home balance (41%).

The police are currently down about 1,720 officers in core positions, including 566 patrol officers, 322 investigators, 198 detectives, 133 traffic police officers and 500 border police officers. This has so far resulted in the shuttering of 18 police stations, 12,880 cases that have been designated as low priority, an average of 2,800 calls that are not addressed on time, and no weekend breaks for patrol officers.

Committee chairperson MK Meirav Ben-Ari of the Yesh Atid Party said, “This data is not surprising. I’ve been focused on this issue for a long time and I’ve warned time and again that the hours police officers put in and the erosion they experience do not correspond with their pay and other work conditions.

“I very much hope that the Finance Ministry will understand the magnitude of the issue at hand and will find solutions to prevent the mass walkout that we have been seeing over the past few months.”