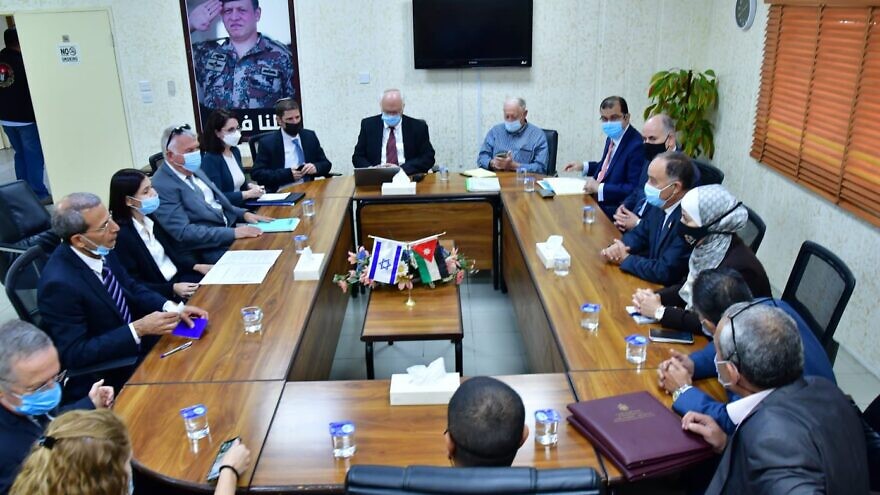 (October 13, 2021 / JNS) Israel formalized an agreement on Tuesday to double the amount of water that it sells to Jordan.

Jerusalem and Amman agreed that Israel would sell 50 billion liters of water per year to Jordan—double the amount that it has been supplying for decades, including prior to the 1994 peace treaty between the two countries, according to AFP.

Israeli National Infrastructures, Energy and Water Resources Minister Karine Elharrar, in Jordan for the signing ceremony, called the deal the “making of history.”

“I sincerely hope that this is [bodes well] for cooperation between Israel and the Kingdom of Jordan that will benefit the two peoples in tackling current challenges,” she tweeted.

Gidon Bromberg, Israeli director of EcoPeace Middle East, said the deal was “the largest water sale in the history of the two countries,” and that it “reflects the growing understanding that the climate crisis already heavily impacting the region must lead to increased cooperation,” according to AFP.

Israeli Foreign Minister Yair Lapid met in July with his Jordanian counterpart, Ayman Safadi, at the King Hussein Bridge, where they announced new agreements on water and trade.