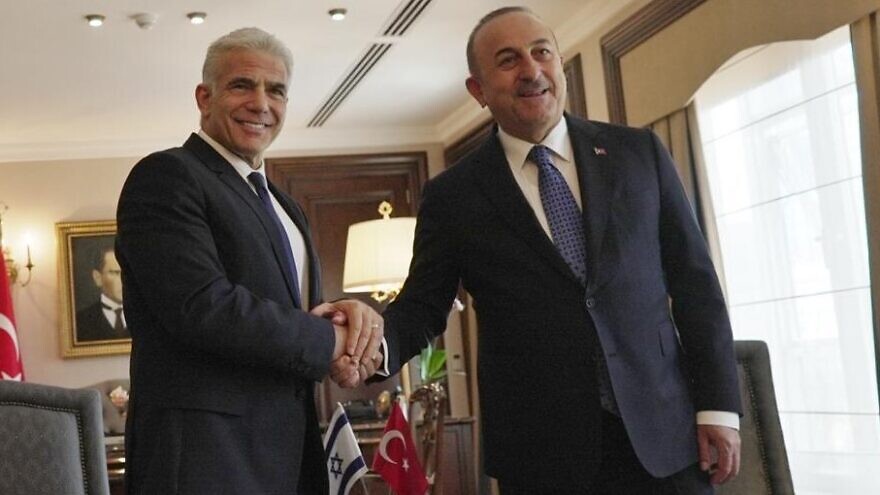 (July 7, 2022 / JNS) Israel and Turkey signed a civil aviation agreement on Thursday as part of a deal to broaden bilateral ties.

The agreement is part of a decision to expand and develop bilateral relations made by Israeli Prime Minister Yair Lapid and Turkish Foreign Minister Çavuşoğlu at their recent meetings in Jerusalem and Ankara.

It is the first of its kind to be signed since 1951 and will allow Israeli airlines to resume flights to Turkey.

Israeli Transportation Minister Merav Michaeli expressed her thanks to the Prime Minister’s Office and the Foreign Ministry, as well to the head of Israel’s Civil Aviation Authority, Joel Feldschuh, for their roles in promoting the agreement.

On Tuesday, Israel’s Economy and Industry Minister announced the reopening of Israel’s economic office in Istanbul on Aug. 1 after the office’s activities were drastically reduced in 2019.

The return of an Israeli economic attaché in Istanbul will affect about 1,540 Israeli companies currently exporting to the Turkish market and help strengthen their business operations within this market, the ministry said in a statement.

According to the Foreign Trade Administration, mutual trade of goods and business services between Israel and Turkey in 2021 stood at $7.7 billion, an increase of about 30% compared to 2020.