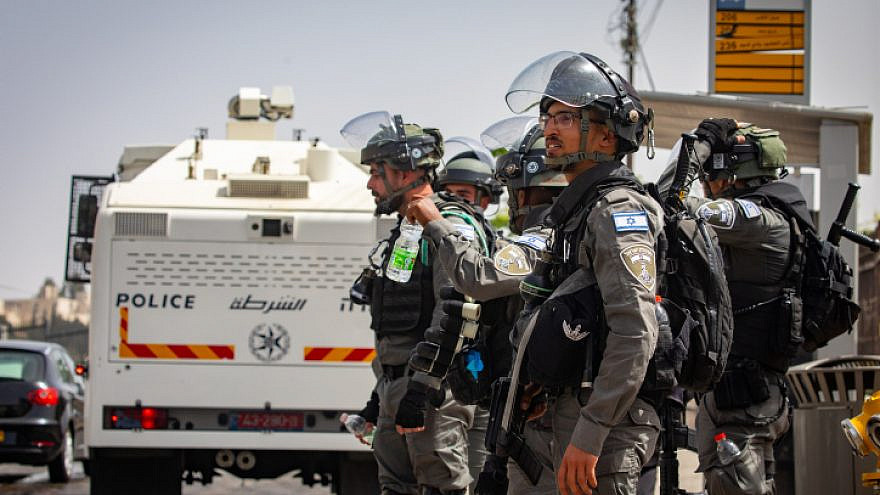 (May 10, 2021 / JNS) Israel is pushing back against concerns from the Biden administration over the escalating situation in Jerusalem with it reportedly urging the United States not to intervene.

On Sunday, U.S. National Security Advisor Jake Sullivan spoke with his counterpart, Israeli National Security Adviser Meir Ben-Shabbat, to express his “serious concern” over the events of the past few days, including “violent confrontations at the Haram al-Sharif/Temple Mount during the last days of Ramadan,” according to a White House readout.

Sullivan also urged for calm and said that America is also observing the matter of “potential evictions of Palestinian families from their homes in the Sheikh Jarrah neighborhood.”

“Mr. Sullivan expressed the administration’s commitment to Israel’s security and to supporting peace and stability throughout the Middle East, and assured Mr. Ben-Shabbat that the U.S. will remain fully engaged in the days ahead to promote calm in Jerusalem,” the readout said.

Israel’s Supreme Court on Monday postponed a hearing on the potential evictions of Palestinians from Sheikh Jarrah.

It appears that the conversation between the two senior officials was more tension-ridden than what was reported from the White House.

Ben-Shabbat advised Sullivan that the United States stay out of the situation. He told Sullivan that “international intervention is a reward to the Palestinian rioters and those who back them who were seeking international pressure on Israel,” Axios reported, citing Israeli officials briefed on the call.

Instead, he said America and the international community should instead be applying pressure on the Palestinian side.

Israel is handling events, assured Ben-Shabbat, “from a position of sovereignty and responsibility, regardless of Palestinian provocations.”

Some 305 Palestinian rioters have been injured in clashes with Israeli police, including 228 who went to nearby hospitals or clinics for treatment, reported the Associated Press.

At least 21 Israeli police officers have been hurt, including three who were hospitalized. Seven Israeli civilians have also been injured. Israeli police said rioters have been hurling rocks and other objects, and launching fireworks from the Temple Mount and Al-Aqsa Mosque, leading them to enter the compound.