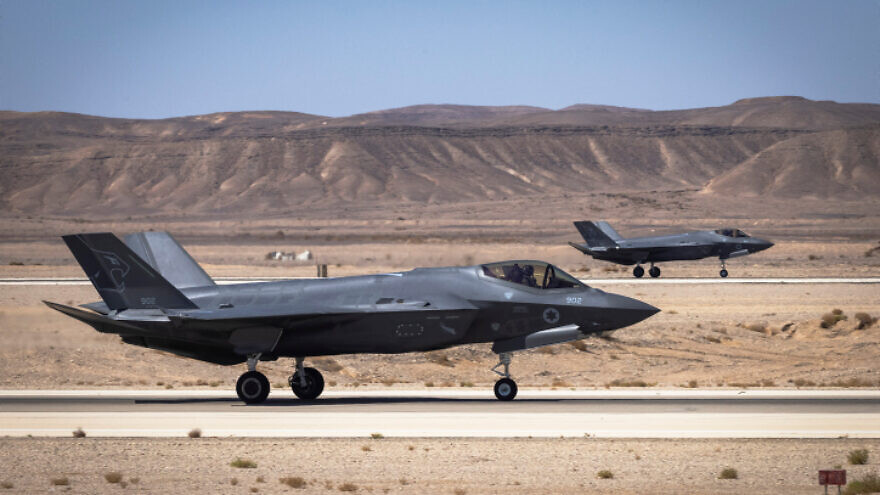 (October 27, 2022 / JNS) Israel has warned Syria that it will step up attacks if Syria continues to help Iran send weapons to the area, Al Arabiya reported.

According to unnamed sources, Iran is sending weapons disguised as aid to Syria and Lebanon via air, land and sea.

The report came after Israel was blamed for a third strike in Syria in three days. The Israeli Air Force struck multiple targets in the Damascus area early on Thursday, according to Syrian state media.

Meanwhile, Hezbollah leader Hassan Nasrallah announced the end of his armed group’s mobilization on Thursday, following the completion of a maritime demarcation agreement brokered by the U.S.

In a televised speech, Nasrallah declared that the signing of the agreement was a “very big victory for Lebanon,” adding that the Lebanese government was careful not to take any steps “that even smelled of normalization” in the indirect deal with Israel, reported Reuters.

Two articles were published in Hezbollah-affiliated Lebanese media on Oct. 24 and 25, relating to strikes this month on American forces in Syria.

According to an article in the Al-Akhbar newspaper concerning rocket fire aimed against the Al-Omar base on Oct. 23, the attack was carried out in the context of a policy stipulating that any Israeli attack on Syrian territory will be met with an attack on American forces.